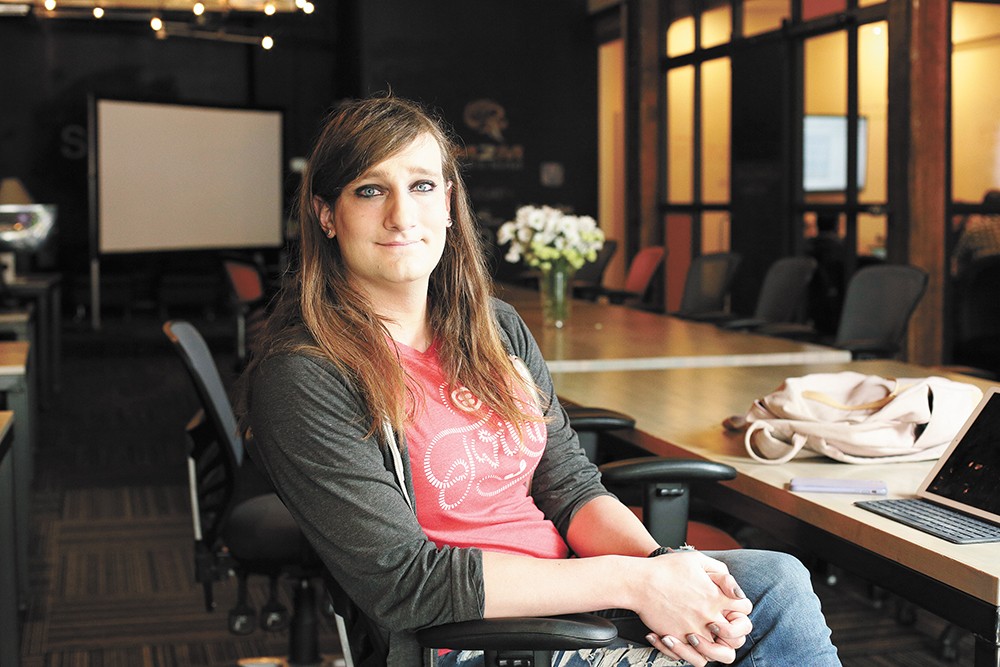 When Robbi Katherine Anthony and Patrick McHugh headed to HackOut, an LGBTQ startup weekend in Austin in April, they knew they wanted to create something to help that community.

"We were kind of sitting at the bar and we're just like, 'What could technology do to make something suck less?'" Anthony says. "I made this kind of casual remark, 'If there was an app that could actually tell me how to go through transition, that would be life-changing, because being stuck in transition is a living, breathing nightmare.'"

They came up with Solace, an app that walks transgender users through the personalized steps they want to take to transition. Don't know how to change your gender on your driver's license? The app will tell you how. Unsure of how to buy your first bra? You can learn about sizing and how to safely find a store.

The first-of-its-kind app was a hit, winning first place with both the judges and audience at HackOut, says Anthony, herself a trans woman who owns her own software development business and ran for Spokane County commissioner last November.

Now, the Spokane-based team (Anthony is the developer, McHugh the designer) is trying to get the app into its beta stage so it can go out to users in the next few months. Their goal is to raise about $80,000, which will enable the team to work on collecting medically and legally accurate content for the app and making it as comprehensive as possible over the next year.

"We're very cautious about making something that is anything less than empirically proven," Anthony says. "And we don't want to just disappear as soon as we launch this thing. It's going to require maintenance, because laws are going to change, medical procedures are going to change, society will change."

When users open Solace, they select their preferred pronouns using a slider, Anthony explains, moving the bar to her preference of "she/her" as the color shifts to a light pink. 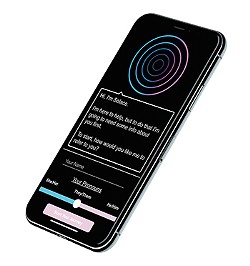 Next, there's a list of potential goals to choose from, including medical as well as lifestyle changes. Whenever a user completes a goal, their progress bar moves one step closer to being full.

"I find that really significant just because when you are stuck in transition, it feels like you're not making any progress forward," Anthony says. "So we're informing the users, 'No, no, no, you're getting closer! It may seem like an impossible journey, but you'll get there.'"

Solace came out of both a desire to help the community and to ensure there's access to accurate information. For now, many people in the trans community rely on Facebook groups where people share their own very specific anecdotes and tips, which could be inaccurate for someone else's journey, she says.

"This isn't just, 'Oh, I had a cousin who was trans once and this worked for them,' because that's pretty much the caliber of information that's out there at this point, and it's just woefully inaccurate," Anthony says.

There's also a common misconception that there's one path to transition — get on hormones, change your voice, go through surgery — but Solace is designed with the understanding that each experience is different, Anthony says.

"What Solace is doing is presenting all the things you may want to do," she says. "Maybe you don't want to change your voice, maybe you're fine rocking a baritone. But if you do want to change it, here's instructions for that."

Much of the information will be about safety, too. Oftentimes, advice from trans people who aesthetically blend in or "pass" is about just being confident, Anthony says, but that can be dangerous for others who aren't as privileged. While those who "pass" might be able to choose when to openly talk about who they are and run into fewer problems with discrimination, that's not always a choice for others.

"The rest of us are just trying not to get stabbed on our way to work, not yelled at, not chased out of the store," Anthony says.

Many in the trans community are financially disadvantaged after losing jobs, support systems, and paying for the steps of their transition, Anthony says. The app will be free, and the goal isn't to make money.

That's why at this point, Anthony wants to alert everyone who has asked over the years how they can help the trans community: donating to the app at solace.lgbt is one way to finally do that.

"This isn't 'some kids are building a cool app and maybe we'll toss them a few bucks,'" Anthony says. "This is your time to make it right." ♦