Your smartphone can build your diet, find your recipes and pick your restaurant. All you have to do is chew. 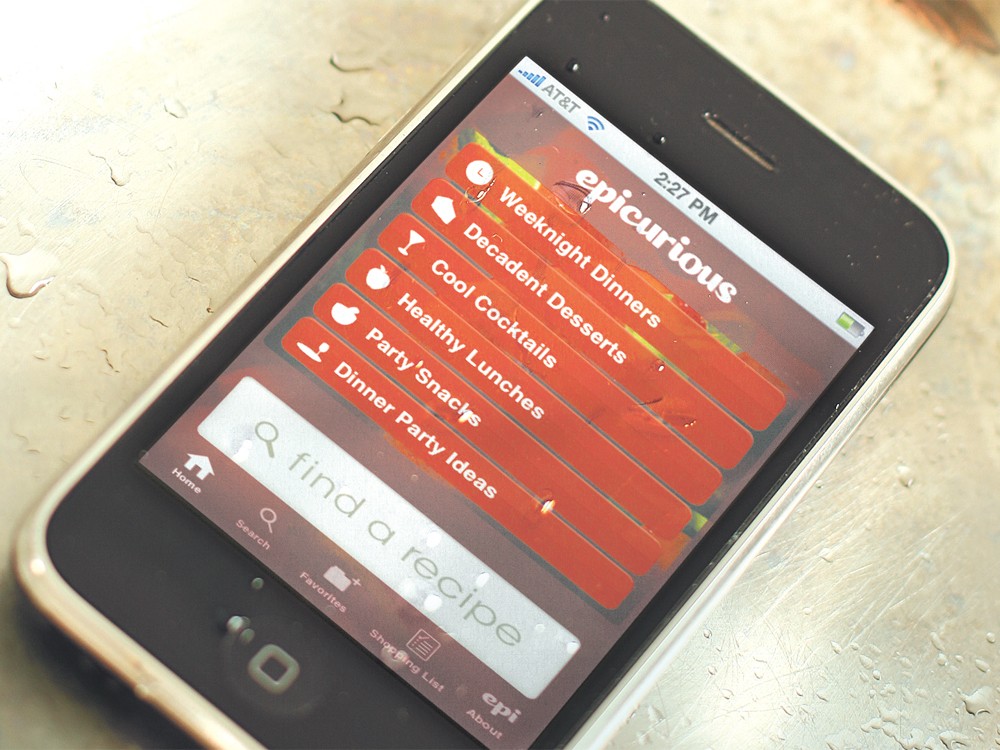 Looking for kohlrabi to put in your coleslaw? Don’t ask the produce guy who’s clearly busy restacking errant oranges. Rather, whip out your smartphone and browse British chef Jamie Oliver’s ideas for this lovely little veggie. Or ask Rachael Ray, Gordon Ramsey, Mario Batali, Martha Stewart, even Betty Crocker. These are just a handful of experts whose opinions are available for download.

Recipe lists are a small portion of the growing market for smartphone apps, led by Apple’s popular iPhone (300,000 apps and counting) and iPad (nearing 60,000), as well as Google’s Android devices, Kindle’s Fire and the Windows phone. Other apps aimed at foodies and food-conscious consumers include food finders, restaurant reservers and reviewers, grocery list generators, and apps that assist with ordering and healthy living.

If you’re less into nutrition than discovering new dining, Urbanspoon is searchable by cuisine, price and location mappable via GPS. Most places have customer-driven reviews and menus.

To make a reservation, there’s Open Table, which, along with other similar apps, has been a boon for both consumers and restaurateurs, according to trade publications. For diners, Open Table provides efficient restaurant searching in real time, while for vendors, it promotes mobile commerce.

For a monthly fee (Siemens said theirs is upward of $100), Open Table provides a computer to manage bookings. Diners, in turn, are automatically prompted to submit reviews, contributing to another tech trend: social networking.

Niche marketing makes apps so appealing. Cookit lets you set multiple timers — worth the dollar to ensure mom doesn’t have a coronary preparing Thanksgiving this year — while Locavore lists what’s in season (artichokes, beet greens) and out (bok choy, green beans) and where to find it.

Ferreting out intestinal irritants by product and store brand is easier with Gluten-Free LifeStyle, which features FDA alerts and customizable grocery lists. Can’t tell your inari from your ebi? Sushipedia makes you feel like an instant expert.

Technology doesn’t stop at your wine glass, either. Hello Vino, says Nectar Tasting Room’s Josh Wade, “gives you wine recommendations based on specific foods that you are preparing, helps you document wine you drink and provides wine reviews from world-class wine writers.”

Helping educate consumers is good for the industry, says Justin Dick of Sandpoint’s Trinity at City Beach, who admits to being a fan of

Domino’s online ordering app. Seeing the pizza being built on screen, he says, has enticed his wife from her usual cheese and pepperoni to more esoteric variations like Feta cheese and banana peppers.

What really impressed him, however, is Domino’s innovative hybridized marketing and employment approach.

Launched earlier this spring, Domino’s Pizza Hero game tests your ability to roll dough, add toppings, and multi-task under pressure — all skills required of Domino’s employees. Do well at the game and you’re automatically sent a job application.

Domino’s may be onto something that virtual veterans already know: People enjoy playing games. Epicurious puts its spin on food fun with a word game trio for $2, while Allrecipes.com Dinner Spinner employs a Vegas-like slot machine to pick that night’s meal for you. Enter a food category (breakfast, soup, etc.), ingredient and time you want to spend and — ding goes the dinner bell — instant recipe ideas, including that kohlrabi slaw you