When They See Us, new Aziz on Netflix and more you need to know 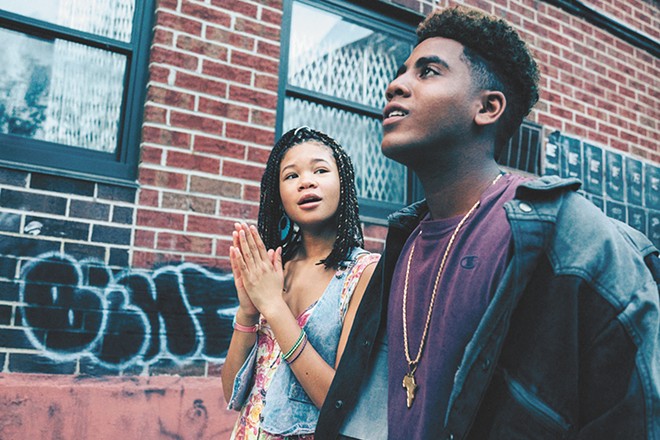 Ava DuVernay's When They See Us is a vivid, empathetic and often horrifying account of how a group of young black teenagers — known as the Central Park Five — were essentially framed by New York City police officers and prosecutors for the brutal rape and murder of a white female jogger in the '80s. Wrapped within it are layers of subtle yet important commentary, such as the barriers felons face upon release from prison, discrimination and violence against the trans community, and the detrimental psychological impacts of solitary confinement. With each episode in the four-part series streaming on Netflix running an hour, there's a lot to take in. (JOSH KELETY)

The old nasally goofball Aziz Ansari is dead. During his new Netflix special, Ansari acknowledges his last year was rough. He doesn't go into detail about the allegations that he made a date inappropriately uncomfortable while they had sex, instead quoting a friend who said the situation being made public had him questioning every date he'd ever been on. For the next hour, Ansari is visibly and audibly quieter and more serious than we've seen him. But the quiet, serious Ansari nearly overwhelms the special, taking long stretches to talk about things like how many times you'll realistically see your parents again before they die. It demands introspection as well as loosening up from the audience, and while the old Ansari is dead, it's worth checking out the start of the new chapter. (SAMANTHA WOHLFEIL)

A long time ago, Veronica Mars was our favorite crime-fighting teenaged private eye, and guess what, folks? She's back, and this time it's to solve the crime of the spring break bomber. The Kristen Bell classic Veronica Mars has returned, but on Hulu this time, with all the quick-witted humor, scrappy crime-fighting and memorable characters of seasons past — with a fresh 2019 twist. The show has evolved and become more adult since its last iteration to appeal to its now-grown-up audience while still maintaining all the qualities that made it so incredible 14 years ago. (RILEY UTLEY)

THE JANKINESS OF RISK OF RAIN 2

Cult indie-game favorite Risk of Rain was yet another game to take a pixelated retro approach, as your tiny character tried to gun down an ever-increasing horde of aliens on a side-scrolling map. The sequel, however, adds a third dimension and, in doing so, becomes a rare riff on the early ages of Nintendo 64-era shooters, games like Turok and Nanosaur. That includes a fair amount of awkward movement and bugginess, but that's part of the charm. Best of all, your upgrades stick onto your character. A few levels in and you may have wings and a tesla coil on your back, a magical dagger-wielding third arm jutting out of your shoulder, and three syringes sticking out of your leg. (DANIEL WALTERS)

Some noteworthy new music arrives online and in stores July 26. To wit:

Soundgarden, Live From The Artists Den. The finale of the band's reunion (and, sadly, last) tour, a 27-song double-disc set.