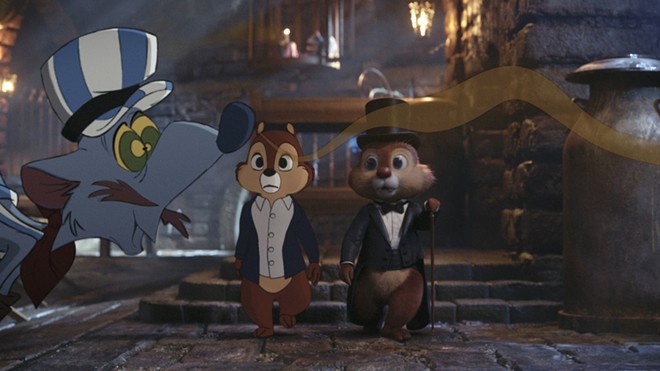 NO CASE TOO BIG, NO CASE TOO SMALL
Does the prospect of I Think You Should Leave's Tim Robinson voicing Ugly Sonic — the Sonic the Hedgehog who appeared in one trailer with his horrific human teeth before the internet revolted — sound like wonderful comedic fodder? Then CHIP 'N DALE: RESCUE RANGERS is the movie for you. In this Who Framed Roger Rabbit-esque world where cartoons and humans live side by side, the titular chipmunks from the late '80s Disney show (voiced by John Mulaney and Andy Samberg — actors who played roles in said show) are forced to solve a real case to save one of their co-star buddies from back in the day. It's a smorgasbord of cartoon pop culture references with a The Lonely Island sensibility that's great for kids despite having way more jokes for 30- and 40-somethings. (SETH SOMMERFELD) 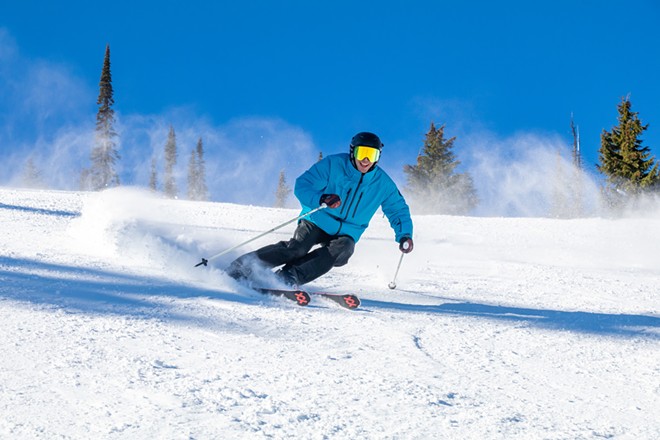 SPRING TURNS
Perhaps you've noticed, this spring has been unusually cold, and decently wet, too. And while I've complained some, no doubt when it's 100 degrees in a couple weeks I'll yearn for the damp days of May. Know who's not complaining at all? SILVER MOUNTAIN RESORT, which is staying open for Memorial Day weekend runs for skiers and snowboarders. The mountain will have two chairs and its moving carpet open from 8 am-2:30 pm Saturday through Monday, and if you have a lift ticket for this season or next year, you're in. Otherwise, it's $49 ($43 for kids) at the ticket window. (DAN NAILEN) 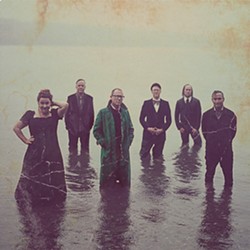 THIS WEEK'S PLAYLIST
Noteworthy new music arriving in stores and online May 27:

STARS, FROM CAPELTON HILL. The interplay between Torquil Campbell and Amy Millan's voices has long provided an emotional punch to the Montreal indie-pop band's songs, and From Capelton Hill sounds as though it might be the group's most contemplative LP to date.

DEF LEPPARD, DIAMOND STAR HALOS. Considering the band's longevity of loud arena rocking, Def Leppard might be Deaf Leppard pretty soon, but kudos to the rockers for keeping it going with pretty much the same lineup since 1982.