The numbers are in: Priority Spokane's program to house homeless students works 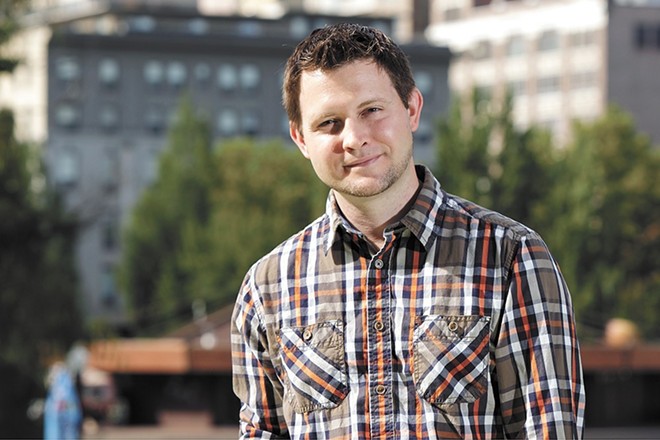 In 2017, just a year into Priority Spokane's pilot project to house homeless youth, executive director Ryan Oelrich already suspected the program had the potential to have a huge impact.

Of those 272 students, 95 percent remain stable and housed, according to Priority Spokane.

Those results were achieved by placing four community health workers in high-need elementary and middle schools in Spokane. There, they worked with families one-on-one to help them find homes or prevent them from losing their homes, and they had $10,000 per year in flexible funding to help families move past barriers to housing.

Oelrich hopes that the project can now be expanded.

"We have the research that shows us what works," he says.

Priority Spokane is a nonprofit that collaborates with local organizations — Providence Health Services, the Spokane Regional Health District, Catholic Charities and the Innovia Foundation — to focus on community issues. The next priority for the organization is family trauma and violence.

There are currently thousands of homeless students in Spokane County, according to school district data. When the project started, Oelrich says Priority Spokane looked at models that successfully housed 50 percent of homeless people and called themselves a success. The percentage of kids who were housed after three years exceeded expectations, he says.

"It's dangerous to call any program successful," he says. "Still now, there are 20 percent that we're not really reaching."

But he's pleased with the success they have had, and he says it's been affordable. Oelrich says $700,000 was invested in the first three years of the project. And with more funding, he thinks a serious dent could be made in the 3,000-plus student homeless population in the area.

"With a couple million dollars, we could easily house or stabilize several thousand," Oelrich says.

The project has already been funded to extend the program for a couple more years at the same schools — Logan Elementary, Stevens and Deer Park elementary school, along with Deer Park Middle School. He hopes if there is more funding, that it comes from a variety of sources.

"Ideally, we want this to be sustainable," Oelrich says. "We don't want to keep looking for grants."

Oelrich says the project learned that the leading cause of family homelessness was a lack of income, followed by domestic violence and health problems.

The project could have implications beyond Spokane, too. Oelrich says he's shared the results of the project with organizations in other cities, including Salt Lake City.

But right now, Oelrich says he wants to expand to other schools in Spokane.

"We can affordably prevent families from becoming homeless along with the resulting trauma and litany of other problems that come with homelessness," Oelrich says.