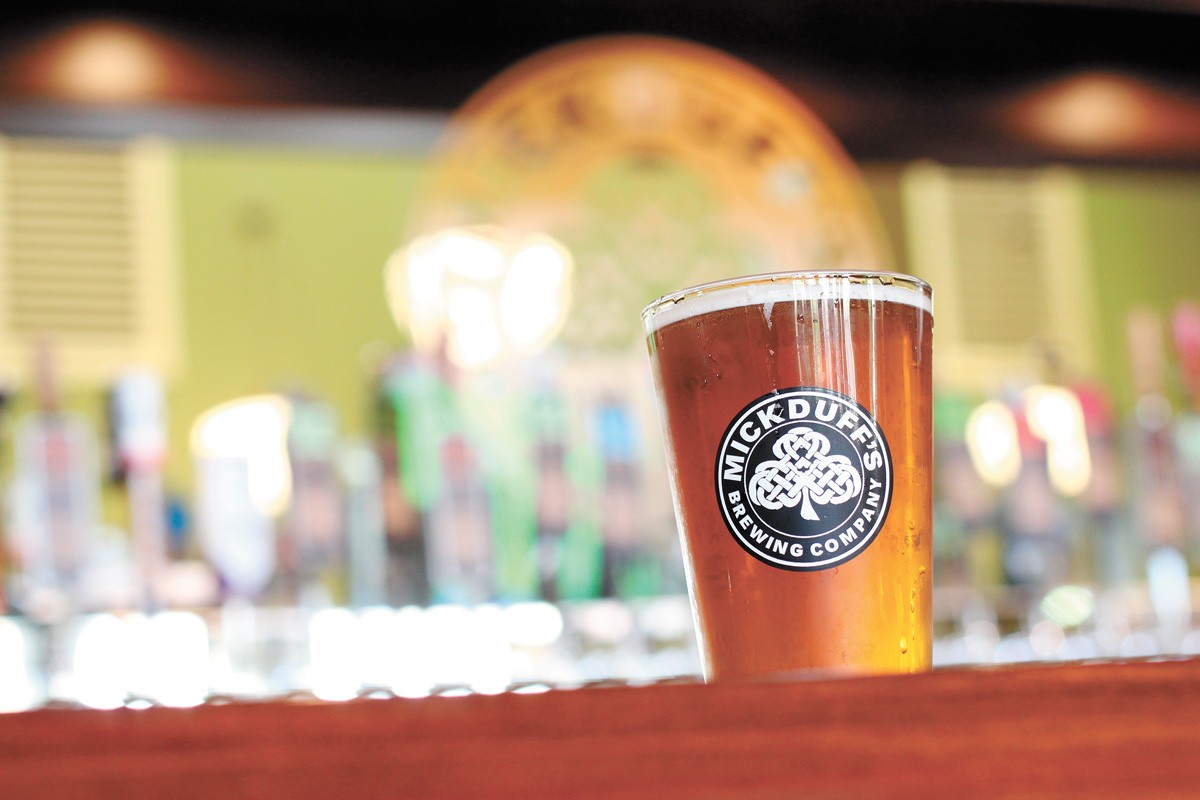 As if you needed a reason other than the lake to make the beautiful drive to Sandpoint, the picturesque Idaho Panhandle town is chock full of dining opportunities, most within walking distance of the lake and each other. Over the past year, new places and dining options have appeared along with some new faces behind the counter of longtime favorite spots.

MickDuff's Brewing Company (mickduffs.com) isn't new to Sandpoint, but they do have a new location on Second Avenue, which opened in December 2020. Brewing brothers Mickey and Duffy Mahoney spent more than a year remodeling the stately, two-story brick building that served as a federal building, library and post office throughout its nearly 100-year history. Although they're keeping most of their brewing operations at their Beer Hall on nearby Cedar Avenue, the new MickDuff's location does feature a small pilot brewing setup like the old location.

Spud's Waterfront Grill (spudsonline.com) has relocated to 202 N. Second Avenue while construction continues to shore up its First Avenue location above Sand Creek. Visit spudsonline.com for updates to renovations or to order online, like the always-fresh daily soups.

There have always been dining facilities at the Sandpoint Elks Lodge #1376, which includes a nine-hole golf course open to the public. What's new is the Ponderay Club, which is slated to open by the end of summer and will feature an elevated dining experience still in the planning stages.

Several Sandpoint-area venues have also recently added or expanded their dining options, including Laughing Dog Brewing Company (laughingdogbrewing.com). The new food menu has a chili bowl with pork, beef and andouille sausage ($7), a pastrami sandwich ($11) or pound of chicken wings ($13). Pair that with the 7B Hazy IPA and a quiet outdoor seating area where dogs, of course, are always welcome.

Several longtime favorites are now under new management, including Connie's Café (facebook.com/thecon2018), which has no plans to change much of '50-era diner.

"If it ain't broke, don't fix it," says Lars Hall, who took over Connie's with business partner Chris Ankney a few months ago.

The modest changes they plan to make includes cosmetic upgrades to the diner's iconic neon sign, and "showing some love" to the lounge with aesthetic improvements and a revamped cocktail program.

Otherwise, says Hall, Connie's is still one of the best places for bloody marys and eggs benedict, plus plenty of hearty comfort foods.

Cedar Street Bistro has new management and is now called Taysty's Eatery and Wine Bar, (facebook.com/Taystys.EateryandWinebar) and serves a similar menu as the former venue: scratch-made baked goods, pizza, coffee and gelato. And, of course, the view from the bridge over Sand Creek is just as amazing as ever.

And because they're not busy enough, owner Patrick Shepler jokes, he's also added a food truck typically parked at 120 Cedar St. that offers foods from both establishments.

Being busy is a good thing for area food establishments, yet the staffing issues being felt elsewhere in the country are hitting Sandpoint businesses, too, with several posting curtailed hours or unexpected temporary closures due to being short staffed.

MickDuff's, for example, loves the large, covered outdoor patio in its new location, yet had to get creative when it comes to ordering. They're working with a QR-code system so patrons on the patio can self-order some items.

"I think some of [the staffing issues] is people leaving the industry," says Mickey Mahoney.

MickDuff's pub manager Carrera Swarm has seen a lot of out-of-state applications that lack contact info and wonders if those are people simply fulfilling unemployment filing requirements. Locally, however, she's also noticed a gap in applicants in the 20- to 30-year-old age group.

"We're also concerned about the price to live here and where are employees going to live," adds Mahoney, articulating a very real issue many towns and small cities will likely continue to grapple with long after the summer dining season has ended. ♦

The original print version of this article was headlined "Summer Vibes"