Highlights from the stage

Into the Woods interweaves several classic fairy tales — Little Red Riding Hood, Cinderella, Jack and the Beanstalk and Rapunzel — into the central story of a couple and their quest to undo the witch's curse that has left them childless. This Red Bird Theater production of Stephen Sondheim and James Lapine's timeless musical stars Kylee Lavier as the witch, Daniel Bell as the baker and Jen Kleinkauf as his wife. There's also an upgraded Red Carpet Experience that gets you priority seating and other perks. Kroc Center, Coeur d'Alene, $25 ($40 VIP), Thu-Sat at 7 pm, Sat and Sun at 2 pm (E.J. IANNELLI) 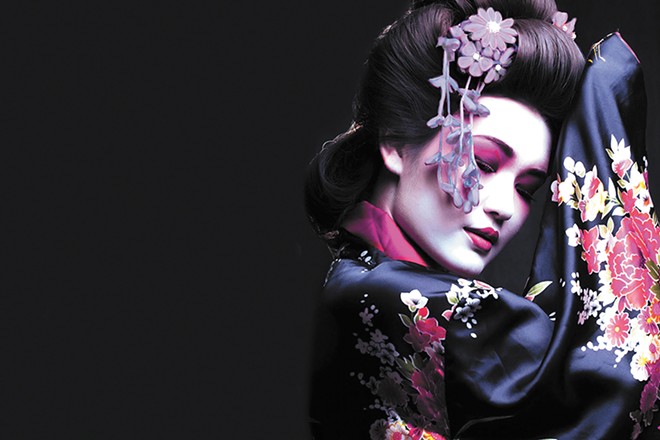 Suffused with all the romance, beauty and tragedy for which opera is renowned, Giacomo Puccini's Madame Butterfly is about a young Japanese girl who falls madly in love with a flawed American naval officer. Following her heart can only lead to shame, longing and despair. International soprano Elizabeth Caballero stars as Cio-Cio-san in this limited-run Inland Northwest Opera production directed by Fenlon Lamb. Sung in the original Italian with English supertitles. Martin Woldson Theater at the Fox, $23-$90, Fri at 7:30 pm, Sun at 2 pm (EI) 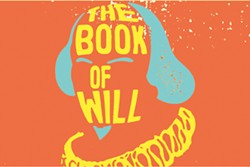 THE BOOK OF WILL

Just when you thought everything about Shakespeare had already been written, along comes a play that shines a light on a new aspect of his legacy. In fact, The Book of Will shows that there might not have been much of a legacy at all if contemporary bootleggers and copycats had had their way. After the Bard's death, an effort led by two members of his famed acting troupe helped compile his work for posterity. Susan Hardie directs this lighthearted historical dramatization. Spokane Civic Theatre, $25, Thu-Sat at 7:30 pm, Sun at 2 pm (EI)

THE SCENT OF A THOUSAND RAINS

If you missed the premiere performances that recently took place atop Mount Spokane, here's another chance to catch this original theatre production. Written by Norway-based playwright Damon Falke, it blends impressions and memories to tell a love story through verse and music. Thanks to Spokane Arts Grant Awards funding, all tickets are completely free of charge. Prefer to stay home and nest? The performance will also be simultaneously broadcast live on Spokane Public Radio. Downtown Spokane Public Library, free, 7 pm (EI) 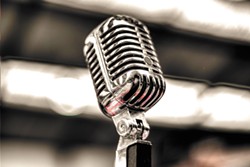 What's old is new again as Spark Central takes a classic form of entertainment and pairs it with a classic tale of adventure. For this all-ages performance, the venue's special radio theater troupe is performing a fun adaptation of Robert Louis Stevenson's novel Treasure Island. Audience members are invited not only to attend but to participate and help create the scene-setting sound effects for the cast. Spark Central, free, 7:30 pm (EI)

Whitworth Theatre's autumn production of Shakespeare's ever-popular magical comedy is a perfect opportunity to see budding performers in a first-rate play at a fair price. Keep in mind that The Bing also offers dinner and accommodation packages that turn the show into a full evening of entertainment. In the event that Midsummer doesn't sate your appetite for local university productions of Shakespeare, be sure to catch Gonzaga's students performing Romeo and Juliet from Nov. 1-10. Bing Crosby Theater, $15, Fri-Sat at 7:30 pm, Sat-Sun at 2 pm (EI)

DAR HE: THE STORY OF EMMETT TILL

Among the new Myrtle Woldson Performing Arts Center's first full season is the nationally touring drama Dar He: The Story of Emmett Till. The cryptic title of this one-man, multi-character show (playwright Mike Wiley performs every role) comes from a sentence allegedly uttered by Till's uncle as he stood to identify one of the teenage boy's murderers during the infamous 1955 trial: "Dar he." ("There he is.") Those unrepentant killers would nevertheless be acquitted by an all-white jury, a travesty of justice that would catalyze America's civil rights movement. Myrtle Woldson PAC, $25, 7:30 pm (EI)

Taking high-strung Felix Ungar and slovenly Oscar Madison and turning them into Florence and Olive, respectively, might seem like a wholly contemporary notion, but you're giving the present too much credit. This female adaptation of Neil Simon's comedy about an unlikely pair of New York roommates debuted back in 1985 — along with New Coke and the very first version of the Windows operating system. Although the fundamentals of the play remain the same, be warned: Trivial Pursuit takes the place of poker. Lake City Playhouse, Coeur d'Alene, $23, Thu-Sat at 7:30 pm, Sun at 2 pm (EI)

Although it took a mere 26 years for Charles Addams' macabre animated family to become a live-action TV series, it took another 35 years after that for it to become a stage musical. But the passing decades still find this motley assortment of fish-out-of-water Gothic oddballs struggling to appear ordinary. This time, they're hosting a dinner party for Wednesday's boyfriend and his parents. Things naturally veer into the comically bizarre. The show kicks off Aspire Community Theatre's fourth season. Kroc Center, Coeur d'Alene, $19-$25, Thu-Fri at 7:30 pm, Sat at 2 pm and 7:30 pm, Sun at 2pm (EI)

This legendary musical favorite is an ideal way for Spokane's Best of Broadway to launch its season, one that includes both the familiar (Jesus Christ Superstar Nov. 20-24) and the new (Escape to Margaritaville, coming this winter). Miss Saigon tells its story of love and loss through massive set pieces, a cast of 42, and songs that resound today much as they did when the show premiered in London 30 years ago, including "The Heat Is On In Saigon" and "American Dream." First Interstate Center for the Arts, $59.75-$115.50, Wed-Fri at 7:30 pm; Sat at 2 pm and 7:30 pm (DAN NAILEN) 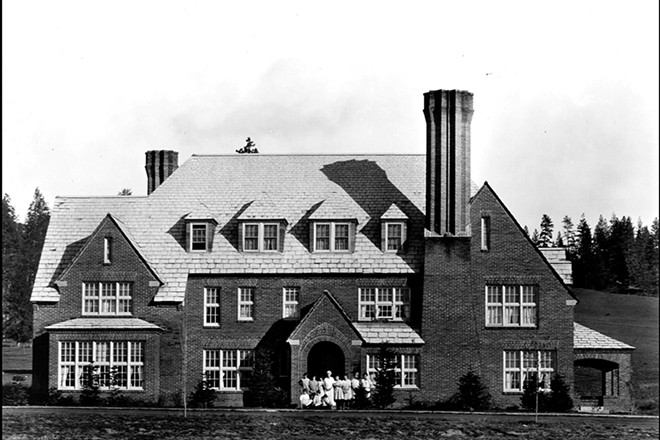 A PLACE TO CALL HOME

As part of the Hutton Settlement's centennial celebration, playwright and director Tim Rarick conceived of A Place To Call Home, the dramatic story of Levi Hutton's efforts to build a home for needy children in the Spokane Valley after he and his wife, May, had struck it rich via North Idaho's Hercules Mine and, after moving to Spokane, Levi's savvy way with investments. Raised in foster homes himself, Levi spent his years after May's death working toward the children's home that still stands today. Spokane Civic Theatre, $25, Thu-Fri at 7:30, Sun at 2 pm (DN) 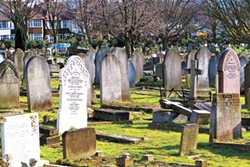 In this dramatic comedy directed by Troy Heppner, three widowed women meet each month to talk about their lives and then visit their husbands' graves. When Sam, a local butcher and widower, takes a fancy to one of their trio, the other two try to put the kibosh on their relationship. The play was adapted into a 1993 film starring Olympia Dukakis and Ellen Burstyn, which earned praise from Roger Ebert at the time for showing that "love is much more complicated than most young lovers ever dream." Ignite! Community Theatre, $15, Fri-Sat at 7:30 pm, Sun at 2 pm (EI) 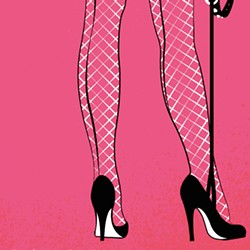 Both subtly echoing and overtly referencing its original source material, an 1870 novella by Leopold von Sacher-Masoch, David Ives' Venus in Fur is an intense two-person play that hinges on a flipped power dynamic. As a fussy director auditions a new, unproven actress, their relationship comes to resemble the characters they're reading. As for the specifics of that relationship, well, it's no coincidence that Sacher-Masoch's surname is the root of masochism. Josephine Keefe directs. Stage Left, $25, Thu-Sat at 7:30 pm, Sun at 2 pm (EI) ♦