The movies you'll be waiting for in 2014 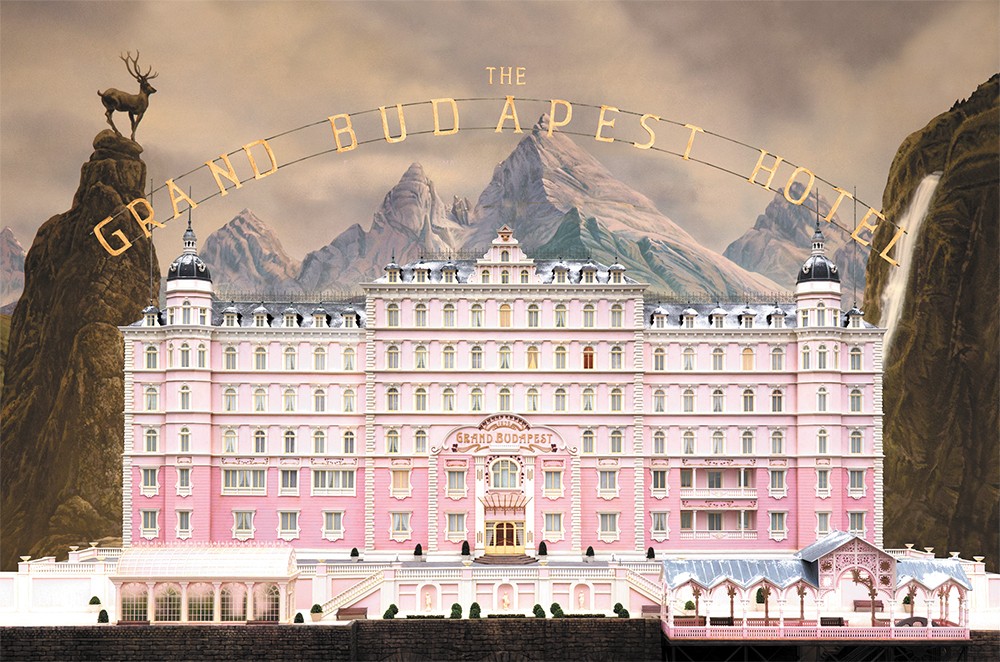 You may find this hard to believe, but there are a few films opening in 2014 that are not sequels, not remakes, not reboots and not based on stage shows, the Bible (there's more than one of these coming our way), young-adult novels, comic books, cartoons, or — someone make it stop — toy lines. Good luck finding anything currently scheduled for wide release in June or December that's actually original, but here's what you might want to keep an eye out for during the rest of the year.

The Grand Budapest Hotel (March 7, limited): Wes Anderson is back with what looks like another delightful faux-retro jape, this one about a "legendary" hotel concierge played by Ralph Fiennes; the chance to see the legendarily serious actor explore his comic chops has me agog with hoped-for joy.

Only Lovers Left Alive (April 11, limited): Yes, it's a vampire movie, but Jim Jarmusch and his stars — Tilda Swinton and everybody's new crush, Tom Hiddleston — blow away cliché and all your expectations. (I've seen this already. It's beyond fab.)

Jupiter Ascending (July 18): The Wachowskis brew up another hero's journey... except this time the hero's a she. Is Mila Kunis the One? Is Earth merely a backwater in a galactic civilization? I can't wait to find out.

Interstellar (Nov. 7): This could be a sci-fi epic from Christopher Nolan. We don't know much about it yet (something to do with wormholes) but that's what makes the anticipation so delicious. Nolan's mojo plus his all-star cast — including Matthew McConaughey, Jessica Chastain, Michael Caine, Ellen Burstyn and John Lithgow — has put this at the top of many a film geek's must-see list for 2014.

Bad Words (March 14 limited; March 28 wide release): Jason Bateman directs and stars in a mean comedy about a jerk who finds a loophole in the rules and enters a junior-high spelling-bee tournament. Let the misanthropy begin.

Jane Got a Gun (Aug. 29): Natalie Portman might be badass here as a woman who has to save her outlaw husband from villains who want to kill him. Joel Edgerton is the ex-lover she turns to for help. Ewan McGregor is here, too, and it's from director Gavin O'Connor, who made the very good Pride and Glory and Miracle, the fantastic Olympic hockey movie. The hoped-for level of awesome is high with this one.

The Interview (Oct. 10): Filmmakers Evan Goldberg and Seth Rogen give us Rogen and James Franco as TV journalists assigned by the CIA to kill North Korean dictator Kim Jong-Un. If this is anything close to their raucously funny This Is the End, this could be absolutely hilarious.

LOOKS FAMILIAR, BUT WE'VE GOT OUR FINGERS CROSSED

Welcome to Yesterday (Feb. 28): A found-footage exploration of what happens when you start fooling around with a time machine.

Transcendence (April 18): Johnny Depp uploads his brain into a computer, and then goes crazy. It could work.

Earth to Echo (April 25): A bunch of kids find some sort of alien in the backyard. Kinda E.T.-ish, at least at first glance. but it's nice to see a movie about grade-school kids that isn't Harry Potter.

The Quiet Ones (April 25): Here's a tale about an experiment to create a poltergeist. Presumably, the experiment goes bad. Hopefully, the movie doesn't.