Too Many, Too Few 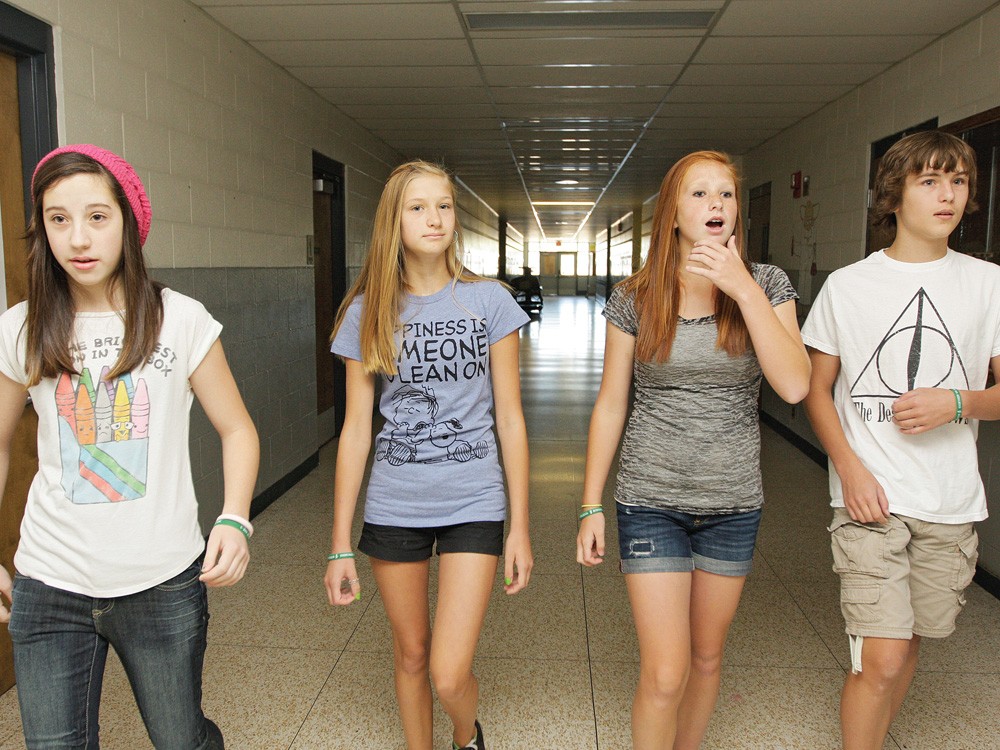 Young Kwak
Brooklynn Juris (second from left) walking with her friends. She'll soon have a much longer walk to school.

Now she has to ride the bus. This year, she will attend East Valley Middle School, eight miles to the west of Mountain View, which has permanently closed, thanks to plunging enrollment.

Meanwhile, across the river, Jamie Stone and dozens of other parents were sent letters saying there just wasn’t any room left at Greenacres Middle School for their children. Instead, their children would have to attend Evergreen Middle School a few miles east. For Stone, that’s an extra 10 minutes in the car. She’ll drive past Greenacres.

“That’s going to be an annoying drive in the morning,” Stone says.

It’s the story of two school districts. As the student population soars in the Central Valley district — cramming buildings and causing students to be bussed to schools farther away — it’s plummeted in the East Valley district, where rooms are left vacant and budgets sputtering. And as voters turn down bond after bond, school leaders are left to fix big problems with no cash.

The problems started five or six years ago, as Liberty Lake grew, says Vern DiGiovanni, principal at Greenacres Middle School, which is in the Central Valley district.

“We have not had a year where we have not added more students,” DiGiovanni says. And now there’s no room for the kids. Last week, 40 students at Greenacres got notice that they were going to be bussed to Evergreen this fall.

In the East Valley schools, however, the numbers have been in decline for 10 years.

“The biggest factor was the closing of Kaiser,” says East Valley Superintendent John Glenewinkel, referring to the old aluminum plant. On top of that, parts of East Valley were the last in the county to get sewer infrastructure, slowing development.

Mountain View, in the East Valley district, had been built for 700 students. In its final days last school year, only 300 kids roamed its halls. The district had been planning on closing it eventually. But when voters rejected East Valley’s $33 million bond in April, “eventually” became “now.”

In some districts, voters are willing to front the cash. Spokane voters, for instance, approved a $288 million bond in 2009 to help renovate a number of schools.

“Some of it may be, we just have to wait until the economy is improved,” says Central Valley Superintendent Ben Small. The district may try a capital projects levy, which requires a lower threshold of voter support but without the advantages of debt financing. Without voter support, capital improvements come out of the depleted general fund.

With bonds seemingly unattainable, the two districts’ superintendents have heard about other solutions, like consolidation, or shifting the border between the two school districts.

“That’s been talked about an awful lot,” says East Valley’s Glenewinkel. “There have been bills floated to actually do a consolidation [for] East Valley, West Valley and Central Valley.”

Moving the border to deal with student populations, meanwhile, would also mean moving tax revenue. Unsurprisingly, Central Valley’s Small dismissed the idea, arguing that students would need to be bussed even further if the border was moved, while East Valley’s Glenewinkel welcomes the discussion. No matter what, change is bound to be controversial.

“There’s pride and perceptions about who provides the best education,” Glenewinkel says.

* The bond proposed to build a new elementary school, not a middle school, as we originally reported.