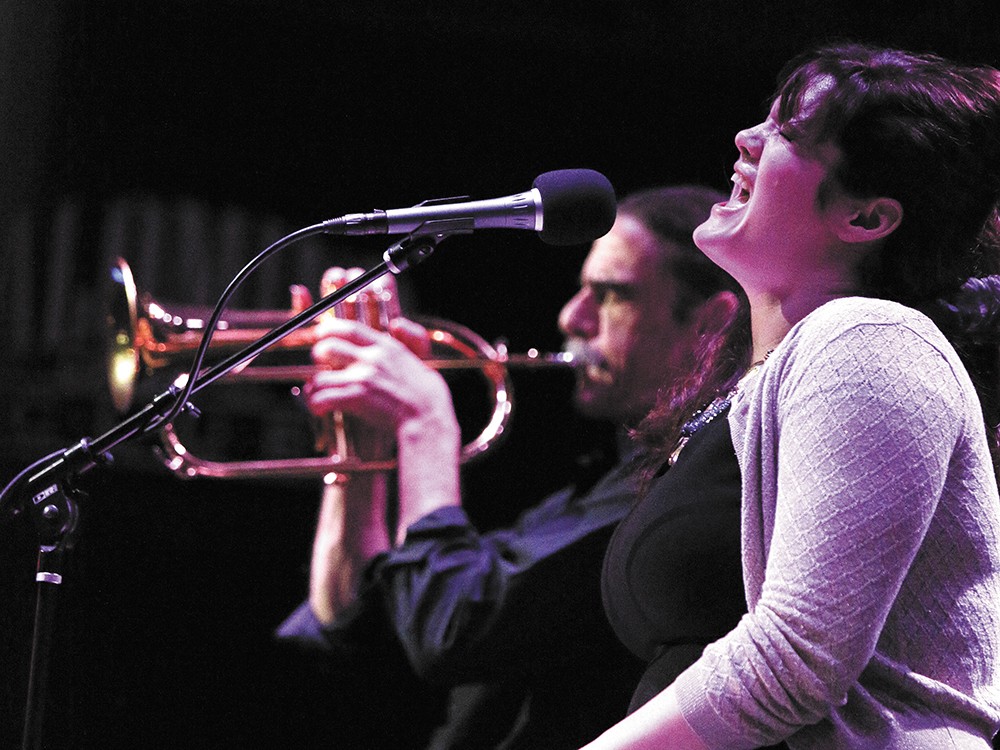 It takes gumption to open a new business,

even more so when that business relies heavily on live music. Yet two Spokane venues have recently started up. The Observatory opened quietly — they don't even have an overhead sign yet — barely two weeks ago in the downtown space that housed the Blue Spark for nearly 15 years, and more recently, Underground 15. And in north Spokane, off Francis Avenue, is the Palomino, which was last known as the Palomino Club, and before that the Center, and Spokane EpiCenter.

These two venues are moving in where other businesses have come and gone. Their owners say they'll do things differently. This time, they say, things will work.

While making finishing touches on the Observatory two weeks ago, co-owner Isaac Lariviere told bar manager Nehemiah Zilar, "I can't wait for this place to open up so we can serve people."

"He said this without an ounce of sarcasm," recalls Zilar at the bar last weekend. "None of us could wait for this place to open."

The four owners of the Observatory turned this downtown space at the corner of First Avenue and Howard Street around in three months, adding new flooring, booths and polished, astronomy-themed décor. People told them that that time frame wasn't possible. But last week, they opened the doors of the Observatory with little fanfare, simply with a celebration with beers and well-made cocktails. There was also gourmet bar food by co-owner Alicia Purvis-Lariviere, who's married to Isaac.

The vision for the bar is simple: A place where people 21 and over come to enjoy one another's company. There aren't any TVs in sight, but there soon will be live music.

Currently, the musical aspect is still a work in progress. The first show isn't booked yet; that may happen in a few weeks, or maybe in a month. According to co-owner Tyson Sicilia, they've already had bands approaching them to play; it's just a matter of when the sound and lighting systems are finished. The stage, set up in the back corner of the venue, is waiting to be used.

Jeff Glinski (of Mirror Mirror, and previously many other local acts), who has booked up-and-coming alternative shows at places like Baby Bar and Mootsy's, has been commissioned to bring in music to the 162-capacity venue. His goal is to lure acts that would normally pass by Spokane.

"I'm trying to bring not your average bands, but kind of more abstract but accessible ones," Glinski says over the phone this week.

This business is clearly a family affair. The other co-owner, Esa Lariviere, is Isaac's sister and Sicilia's partner. As most of the owners have worked in the food industry for years, owning their own place has always been a dream. Over Hoopfest weekend this year, they found out the downtown space would soon be available. But the venue isn't without difficulties; previous owners blamed street kids for scaring away business.

Already, in the months since they signed the lease, when the Observatory had two windows broken, things have changed with the next-door Ridpath Hotel: There's now an on-site security guard.

"We haven't had any problems since," Sicilia says. "We just want this area to stop being known as a dark block. We want to create community here."

The doors of the new Palomino opened for a DJ bash on Halloween night. For the first time since June, decked-out people experienced the handsome 500-capacity space right across from the Spokane Eagles Lodge. But only about 150 showed up.

"It could have gone better," admits owner Marc Fechter, also the producer/audio engineer for Perfechter Productions. "But it was our first event." 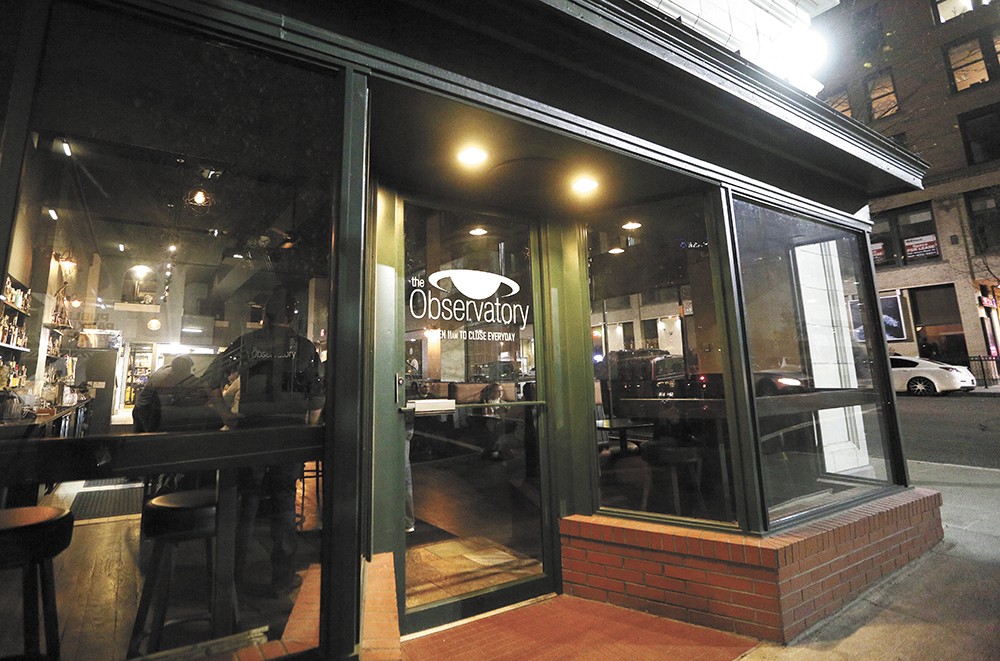 The Observatory at 15 S. Howard was most recently Underground 15.

In the weeks since, Fechter and his business partner and girlfriend Wendy Jordan, along with a staff of 12, have hosted club nights, open mics and jazz nights, as well as a couple of fundraisers. Talking in their spacious office last Wednesday, they're planning auditions for a Star Searchin' competition and a drag show event.

"We're an all-inclusive venue," Jordan says. "We want to host all kind of events and bring a sense of community here."

While most nights are 21 and over, some events like local fashion shows, which Jordan has coordinated for years, will be all-ages.

Gone is the "Club" part of the Palomino name, although the venue's signage hasn't changed. When Fechter took over the vacant club in late September, he says it just made sense to keep the previous name, but still make it his own — hence the Palomino. While there was plenty of promotion and planning to finish, Fechter and Jordan say they didn't have to change much about the club; it was outfitted last year with high-end light and sound gear, new flooring, three bars and even new bathrooms. They plan to start serving high-end bar food, which wasn't available in the club's previous incarnation.

The partners realize the sturdy-looking building's location has been an issue for other owners, as it's outside of the downtown core (16 minutes by car from the STA Plaza).

"What we have going for us is this is a performance venue," Fechter says. "We're not just open on the weekends. We want to always have something going on."

The pair, who already run a handful of talent and music production businesses between them, come up with new ideas for their venue daily. They plan to bring in national touring acts of all genres (not just country) to the Palomino, though they're not ready to announce names. They also want to be a one-stop shop for local bands, through recording and performance.

"There's a lot of talent here," Jordan says. "Yes, it's hard to get people to come out to shows. But in the years I've lived here, Spokane's cultural scene has grown, and I want to be a part of that growth. Why can't Spokane be on the map?" ♦