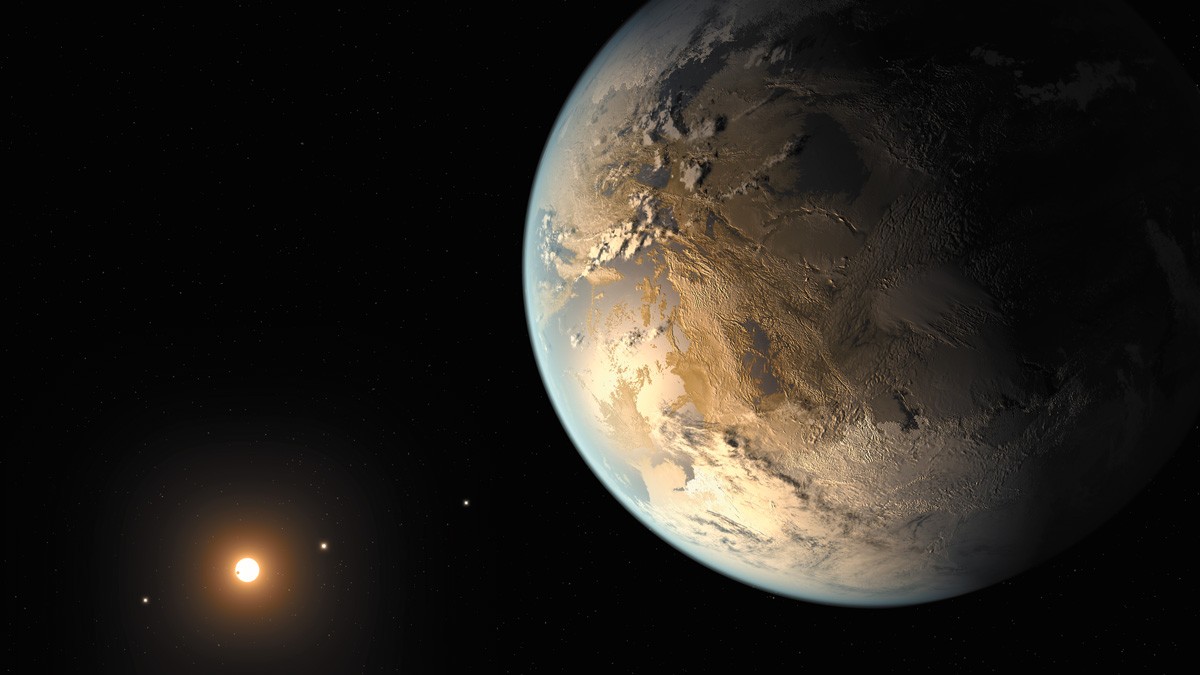 Out of thousands of planets strewn across the universe, Earth got pretty lucky. It has a close, but not too close, sun. It has a protective atmosphere. It has water and oxygen and a variety of environments for developing and sustaining that elusive spark of existence — life.

But recent research from geobiologist Dirk Schulze-Makuch, who specializes in astrobiology at Washington State University, suggests dozens of planets may offer even more ideal conditions for supporting life than Earth.

"There can be actually quite a bit of variation," he says. "With that variation, you can come up with an even better planet than Earth."

The researchers compared more than 4,000 exoplanets to create their short list of promising planets for further study. Schulze-Makuch says he tried to imagine how various beneficial characteristics might add up to create the necessities for alien organisms.

"Life is so adaptive," he says. "How could life make a living? What kind of resources could you use? ... Life is very creative and inventive."

The type of star, its orbit radius and its radiation output often served as the initial criteria for narrowing candidates. Schulze-Makuch notes that K dwarf stars can provide much longer periods of stable, habitable radiation than our own G star. Having longer stability allows more time for life to develop, which scientists estimate may take 5 billion to 8 billion years.

Terrestrial planets about 50 percent larger than Earth would also provide more land mass for growing life while generating enough gravity to maintain a stable atmosphere, he says. Planets with extensive coastal areas and slightly warmer temperatures would also be poised to support more biodiversity than Earth.

They also looked at tectonic geology, moons, planet age and other traits to prioritize the key characteristics for superhabitable planets.

"Habitability includes so many different factors and parameters," he says.

Schulze-Makuch emphasizes they have only identified planets with potential for habitation. Due to the limits of technology, they cannot yet confirm many of the measurements or conditions that would confirm habitability. Some of the closest candidates are still more than 100 light years away, he says. Others are 3,000 light years away. And new planets are discovered all the time.

"We cannot say we've found a superhabitable planet," he says. "This is just the first step."

Their list can provide a starting point for future research or examination by space telescopes, but it may take years of follow-up and still-unimagined technology to confirm their suspicions.

Schulze-Makuch acknowledges many of their theories and priorities may also be limited by their Earthly understanding of how life develops and what it needs to survive. Extraterrestrial life may flourish under wildly different environments. Some of his other research explores how creatures survive in extreme environments.

Statistically, he says, there's a high probability that the universe hosts a great variety of life, including complex beings, scattered across its immense reaches.

Instead of searching for a copycat of Earth, Schulze-Makuch says, it was important to look objectively at how other planets might offer superior conditions. He says he believes that idea helps him keep our place in the universe in perspective.

"We're getting away from this Earth-centricity," he says, adding, "I'm just interested in how nature works. ... You get a little bit more of a glimpse of what is really going on in nature out in the universe."

Schulze-Makuch says such mysteries have inspired him since he was a child, looking up at the stars.

"It addresses one of the most ancient philosophical questions: Are we alone?" he says. "I can add a minuscule contribution to that question, get closer to the answer." ♦

What if we could rebuild the Palouse Prairie's native land?