When facing impossible odds, look to the teamwork of space explorers for inspiration 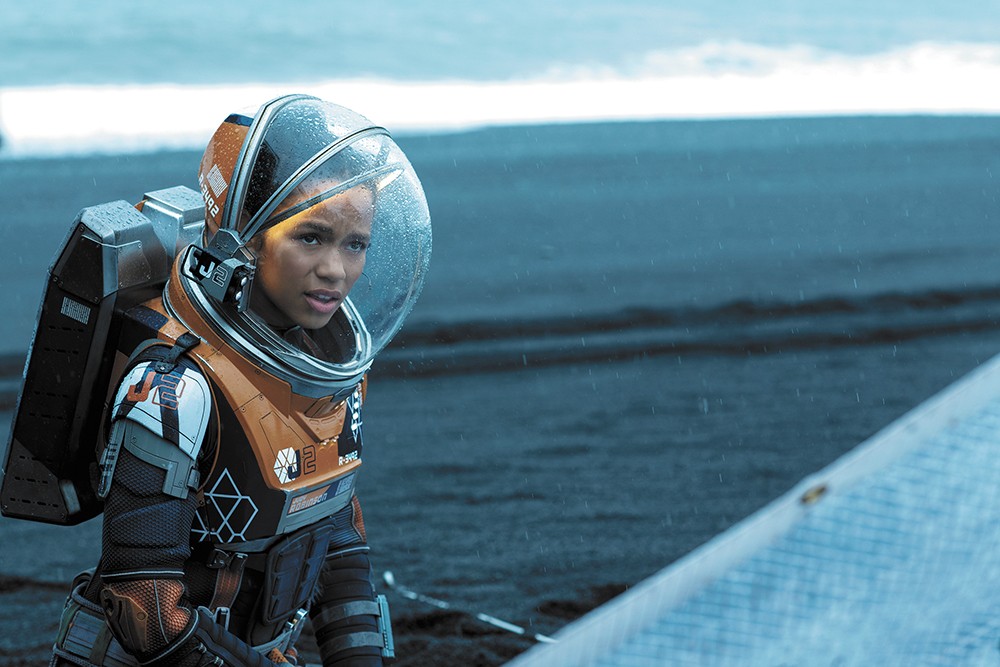 Lost in Space on Netflix might be just the thing to soothe your soul right now.

"The cosmos is within us. We are made of star-stuff. We are a way for the universe to know itself."
— Carl Sagan

You know those cheesy framed pieces of wall art that make people groan, saying things like "Smile: you're made of stardust?" I'm not saying it's wrong to groan at them. Groan away. But when I took an astronomy class in college it blew my mind to learn that you seriously are made of the leftovers from stars. It took lots of massive gas clouds exploding with unimaginable power to create the heavier elements that make up our bodies, our lives. We literally wouldn't exist without stardust.

It made me feel a little more connected with the universe, and added some deeper significance to that not-quite-knowable, beautiful twinkling sky that we look to with awe from a young age.

It's not a stretch to see why space exploration stories would be interesting to me. But I realized recently that I often turn to books, TV shows and movies with a sci-fi bent particularly in times of stress, particularly when I can't handle something dark. When I need hope, space stories are better than any other at helping.

Why is that? I've never really dreamed of going to space myself. I'm afraid of falling, so I imagine reentry would be terrifying. I also think I'd get claustrophobic in the tight confines of a space can hurtling toward another planet. There are a lot of things about space travel that I mostly want to admire from afar.

Why, then, do these stories of human ingenuity so inspire me?

At a basic level, space stories almost certainly remind us of everything we take for granted, from going to the bathroom and walking into the next room without thinking about air pressure, to the very basics: food, water, air. Air, breathing, we do it without thinking. But in space, you have to think constantly about whether your air supply is going to last.

It's a subtle slap to the subconscious: Be grateful.

But more than that, there's nearly always an element of discovery and wonder woven in with some surprising and unforeseen dire circumstance that imperils the lives of the crew. That, friends, is when the story highlights the core of the human spirit: teamwork in the face of mortality.

It illustrates the no-man-left-behind lengths that leaders will go to, the sacrifices that will be made in order to save a life, and the reliance on each other, even the people you really don't care for.

And that part of the story almost always relies on the cobbled-together scientific know-how of the crew. Science helps the crew survive. Really, science made their survival in a vacuum possible all along. The expansion of our human understanding of the universe is at the core.

It makes sense why, in a time as scary as this, when a little-understood virus is sweeping the world and many people are being asked to sacrifice more than they've ever had to in their lives, when leaders are being looked to as we ask how they're going to save as many as they can, that these stories would act as a beacon.

Just like the intentionally diverse backgrounds of a deep-space crew, humanity right now is looking to its scientists rushing to find a vaccine, its doctors and nurses working endless hours to save their patients, and the engineers looking to make better ventilators and masks. Humankind is pulling together to beat a surprise "Oh shit!" moment that none of us saw coming. We will figure out a way to seal the ship back up and continue the journey. It has already proven to be hard. But we can figure this out if we work together.

As we look for distraction, levity, inspiration and a reminder of our ability to overcome obstacles, here are a few of the space-themed stories I'd recommend:

BOOKS: Artemis by Andy Weir; Leviathan Wakes by James S. A. Corey (basis for the Amazon TV series The Expanse); The Martian Chronicles by Ray Bradbury; The Wanderers by Meg Howrey

NETFLIX: Another Life; Lost in Space; Mars; Altered Carbon (OK, a stretch on this one, but there are spaceships and multiple planets!)