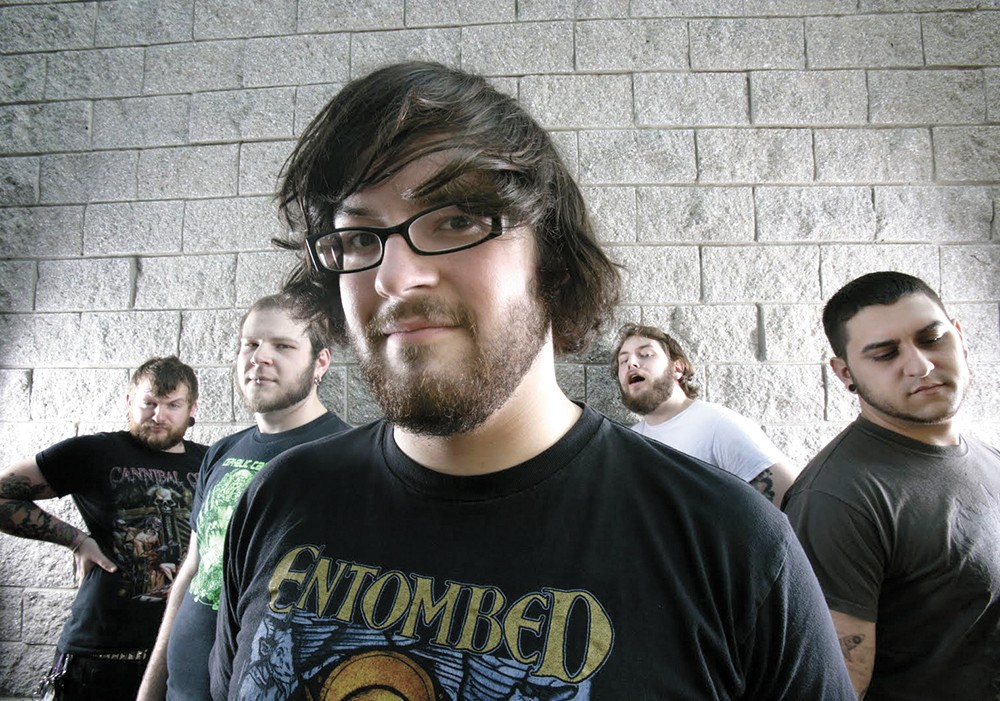 This group proves people are still having fun in Detroit.

Death metal has never been funny. It's been bloody, scary, morbid and always dramatic — from the time California band Possessed struck the first notes of their 1985 record Seven Churches, an album that arguably forged the death metal genre. Death metal was the guttural-voiced, loose-cannon little brother of early '80s thrash bands. It was meant to be a little unsettling and strange.

"Death is usually about violence and/or evil," writes "Sargon the Terrible" on MetalCrypt.com. "Doom is usually about something depressing, but Black Metal is expressly about evil and hatred, never anything else."

Over the past 20 years, death metal musicians have changed missions somewhat, combining low, brutal vocal stylings with melodic guitars — almost like mashing together Judas Priest's music with deep, throaty Cookie Monster vocals. But generally the mission has stayed the same for all death metal bands: brand your bands with an almost unreadable logo, be scary and play the hell out of your instruments.

That's where the Black Dahlia Murder changed things up. For the past 10 years they've stayed true to death metal's roots and sound, but have packaged and presented it in more of a tongue-in-cheek, punk-rock way — like they can't be bothered with all of death metal's rules and restrictions.

"It seems like people want for you to be categorized so cut and dry," singer Trevor Strnad told KillYourStereo.com earlier this month. "It's like bucking the stereotypes within the death metal scene. I used to look at it like, 'These are my people, I can't wait to just be surrounded in death metal.' Now, it's like, they look at me and I have short hair and they make judgments about me."

That's never deterred Strnad and his bandmates. In a video for "Goat of Departure," a track off the band's most recent album Everblack, the band dresses in tuxedos and ape costumes and plays a set in a tiny Detroit tavern. A few years ago, in a video for "Necropolis," the band dressed like a bowling team and sang out over the lanes of a bowling alley.