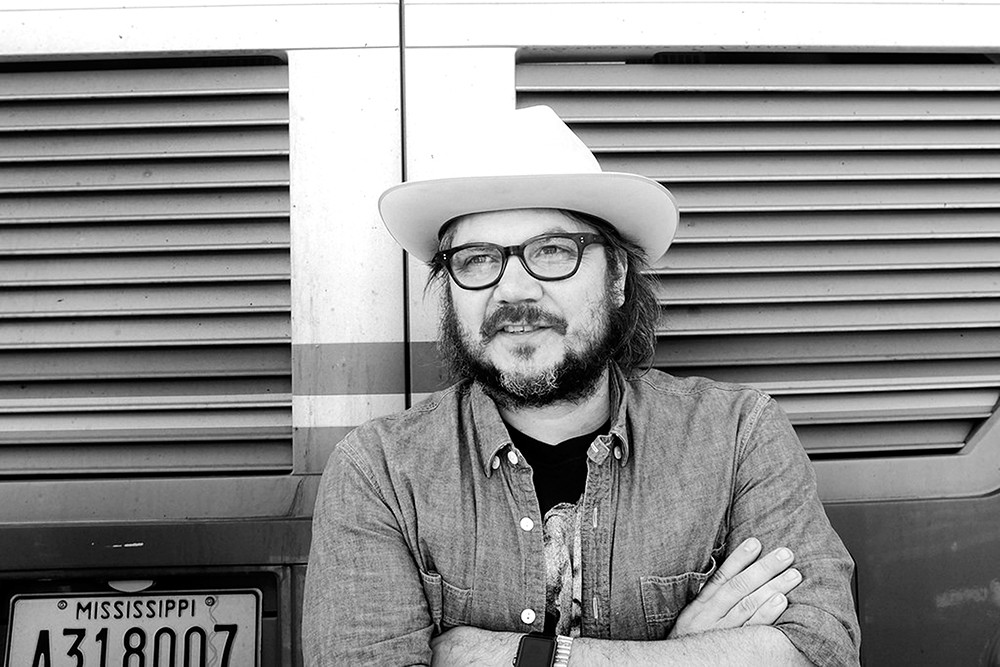 Sammy Tweedy photo
Three decades into his career, Wilco frontman Jeff Tweedy, now on a solo tour, says he has more energy than ever.

That's how many songs appear on the 10 official, full-length Wilco albums released over the past 23 years.

Jeff Tweedy wrote or co-wrote almost every one of them. And those 127 songs are just part of the veteran singer-songwriter's songbook, which also includes his contributions to legendary alt-country band Uncle Tupelo, collaborations with Billy Bragg and Mavis Staples, recordings with side projects like Golden Smog, Loose Fur and Tweedy (his band with his son Spencer), and countless B-sides, rarities, sound experiments, songs for film and beyond.

When Tweedy rolls into Spokane Wednesday for a solo show at the Bing, he won't have all those songs at his fingertips. But he'll have a whole bunch of them available in his mental Rolodex.

"I can pretty much grab a guitar and go," Tweedy says in a telephone interview from his longtime hometown of Chicago. "As far as my side of it goes, there's a pretty massive repertoire available to me at almost all times. I can play almost anything from the catalog without a lot of preparation."

The tour that will bring Tweedy to town comes between last year's release of his first solo album Together at Last, which featured acoustic versions of songs from across his career, and the upcoming publication of his memoir, Let's Go (So We Can Get Back): A Memoir of Recording and Discording with Wilco, Etc., due out in November. When he picked up the phone to chat with the Inlander, Tweedy was busy recording tracks for the audiobook version. Below is that conversation, edited for length and clarity.

INLANDER: Is the final version of the book anything like what you expected it would be when you started?

Like a lot of things I make, I don't start out with a real clear idea of what I want it to be. I'm just kind of interested in coming up with a process that I can trust to make something that I'll be happy with. And I am happy with the way it turned out.

Would you consider writing another book? Perhaps a work of fiction?

I enjoyed it, so yeah. I don't know about fiction, but maybe a guide to show business or something, I don't know.

It's interesting to hear you say that, because I have often wondered if other musicians ever ask your advice about running the business side of Wilco, given the band's longevity and the fact that you all started your own record label (dBpm), your own music festival (Solid Sound) and so on.

Occasionally! I like hanging out with younger bands. I reach out to bands all the time that come through Chicago to come by and have lunch at the studio, and sometimes I end up fostering relationships where I get to work with them. I don't go into it like, "I'm going to be your mentor," but I certainly don't mind sharing whatever insights or knowledge I might have. The business is a lot different then when I started. I've seen a lot of changes. And there's tons of things for me to learn from being around younger bands, too, because they're growing up in a totally different landscape.

Do you ever look at a younger band and think, "I want this thing that they have"?

Getting back to the book: Did working on it give you any perspective on your career or your art that you didn't already have?

I think that the process of taking stock and reflecting gives you a moment to kind of take a breath and go, "Well, if that hadn't happened, I guess things would look a lot different." Nostalgia is not something I'm naturally prone to. I'm not a particularly sentimental guy, certainly about my own career. I'm much happier being engaged in making something in the moment. That's where I feel like most artists I know are happiest, when they're disappearing into some project they're working on. But yeah, it's a pretty crazy long story for a guy that's only 50. I've been making records for a long time, you know?

Something that's hard to express is that I outlived my dreams long ago. My dream was to have a punk-rock band traveling around in a van and putting records out on (the label) SST. I never made records for SST, but something similar. Once that was achieved, everything else has been kind of like, "Well, OK, I guess this could happen." It's like being forced to self-direct or generate your own narrative. "Maybe we should see if we can get better at playing big festival stages!" But those were never things that I envisioned or aspired to. It was a series of challenges more than dream affirmations.

With that said, where would you describe your current place on the arc of an artist's career?

I guess the thing I'm happiest about is I feel like I'm still getting better and I'm still really energized and eager to get better. Maybe more than ever, really. Because with age comes a bit more gratitude and appreciation for it.

I have this studio I can come to every day and make something, and I find that extremely liberating and gratifying to go home at the end of the day and know that something's there that I just started. So I feel like I have more energy than ever for it. I still feel like I'm on the hunt for knowledge and I'm still deeply engaged in finding inspiration in other people's work. I think there's way worse ways it could've turned out. ♦

The original print version of this article was headlined "Dreams Outlived"