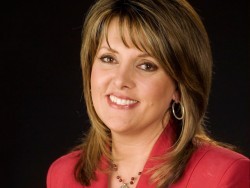 Nadine Woodward, formerly a long-term KREM anchor, has joined KXLY as co-host of KXLY 920 morning news program. Her change of venue comes six months after her departure from KREM, where she was a member of the news team since 1990.

At the time, Woodward said she was unfairly forced out by being offered non-negotiable and, to her, unacceptable terms in her contract. Earlier this year she filed a lawsuit against KREM, stating she had been discriminated against because of her age and gender.

Woodward's first day on-air will be this Monday, beginning at 7 am. In late April, she will take over some co-anchoring duties for Kalae Chock, and will appear on-air with Mike Gonzalez on Good Morning Northwest HD.

You Hit My Dog