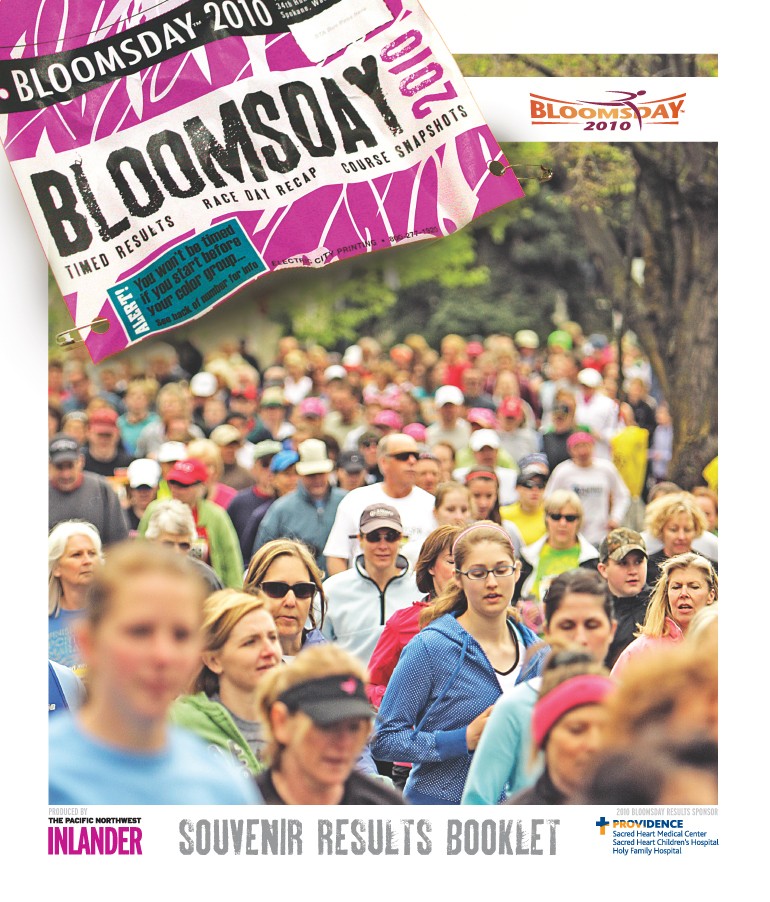 A treasure trove of Homeland Security factoids are hidden within the 100 pages of eye-challenging, tiny type in The Inlander's Bloomsday results booklet, which is hitting newsstands today.

Won't it be nice to know for instance,  how fast your beefy, surly neighbor can run? Handy intel in case you want to hurl a few choice epithets over the hedge next time his dog poops in your flower garden.

I just learned, to give you one secret gem, that my esteemed colleague Nick Deshais is the fastest finisher among all Bloomsday runners surnamed Deshais. This would be astonishing and brain-shattering if there were any other Bloomsday finishers surnamed Deshais. (Hell, he's not even the fastest Inlander staffer.) What's worse is that Spokane Police information officer Jenn DeRuwe beat him by 25 minutes. We'll never get good access to the SPD at this rate.

Other politicians were more relaxed. Mayor Mary Verner finished in 2:32.17 after beginning her day at a ceremony for women veterans. Councilman Richard Rush and his daughter finished at the same mayoral pace. Hmmm, starting rumors about the 2012 election? You can see how handy this is.

A Vulcan finished in 1:26 - not bad for an alien race except the Klingamans came through in 1:09. Ker Plaa!