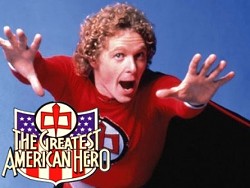 Stop me if you’ve heard this TV premise: A team of quirky individuals with strange but powerful supernatural abilities fight evil on a weekly basis through feats of wit, strength, and daring-do.

Of course you have. Alphas, a new Syfy show with moments of brilliance in a mostly solid show, is just the newest superhero show to attempt to succeed on television. A bold move, considering its horde of canceled brethren.

But, at its core, the concept seems a perfect fit for television: Classic superhero comic books match the modern format of television almost exactly — an episodic adventure against an evildoer, with occasional breaks to deal with the recurring villain who’s cropped up all season.

Yet despite such an easy template, superhero shows have been making the same mistakes again and again. Potential turns to critical snark turns to cancellation.

1. Make the superpowers too super

(Here’s a free tip: Time travel is almost always a bad ability to give a superhero. Either he can’t influence the past, so it’s useless, or he can, and any action in the present is useless. From day one, Hiro in Heroes was always a bad idea.)

Abilities need a specific cap (not just a weakness that removes the power, but a cap) to keep the drama in it. Remember Die Hard? Remember the early Indiana Jones movies? Drama comes from seeing our bloodied and battered and beaten heroes just barely eke out a victory using their last scraps of moxie and grit. Where comic books and movies can get away with overpowered on pure spectacle, most TV shows just can’t afford that. Big superpowers are especially difficult to film in reliable action scenes with outside the X-Men: First Class budget.

Heroes, at its worse, became a mess of overpowered capricious gods who, because of limitations of budget and animation, fought off-screen or anticlimactically.

Alphas begins with promising superpowers: Someone who can calculate incredible perfect trajectories, someone who can scan radio and cellphone frequencies with his mind. But it also features a hero who can persuade people to do anything with just a simple suggestion — a power that’s far too powerful and far too easy, and one that that eliminates the wit and drama necessary for a procedural show. They’d do well to kill her, or turn her evil.

“Man, it’s such a drag being able to fly, shoot fire out of my hands, and do whatever a spider can,” the superhero whines on nearly every show,from Heroes to No Ordinary Family to the late run of Buffy the Vampire Slayer. No, you don’t have to hide your power because you’re worried that it makes you a “freak.” Talented people are generally respected, even in high school. And no, the viewing audience doesn’t want to come home from 9-5 drudgery to hear the superhero complain about how hard it is to fight crime. Brooding and whining is almost never fun to watch. In an escapist fantasy, it’s even less so.

There is one big bat-shaped exception to the no-brooding superheroes rule, of course. But notice how Batman doesn’t complain that dressing like a bat will make him unpopular with the cheer squad. He complains that his parents were shot in front of him. Grief and anger and frustration can come from actual tragedy, not super-job dissatisfaction. Otherwise, it’s like watching a beautiful woman complaining about how hard it is to be pretty.

3. Focus all the dialogue on your premise

Even on The West Wing, the dialogue wasn’t entirely about the White House. Television, by its very nature, is dialogue-heavy, but great dialogue doesn't have to mean hours of didactic, vague, and self-absorbed discussion about what it means to be a superhero, have powers, need to fight evil. But so many writers, caught up with such an exciting premise, end up writing just that.

4. Fail to populate your rogues gallery

The best heroes need villains to match. Superman needs Lex Luthor, Batman needs the Joker. On television, this is ever more true. Truly interesting, season-long villains pushed Buffy the Vampire Slayer from guilty pleasure to critical sensation. But Heroes kept resurrecting its one good villain — something that works in comic books but fails on TV. No Ordinary Family mostly wasted time on petty crime and the biggest villain of all: lack of quality family time.

What most shows miss is that you need both epic season-long baddies (without dragging them out) and compelling “monsters of the week” that the hero can battle while the big bad guy is back scheming in his evil lair. And all of them have to have an actual personality, not just be a collection of abilities.

Also, here’s a good rule of thumb: If a villain ever mentions “chess,” the show has failed.

5. Get stuck on origin story

There’s something enjoy able about watching an individual gradually discover their own talents, their own potential. But, honestly, this is something that should be dispensed with within three episodes. If, half-way through the first season, the heroes are still fretting about whether it's OK to use their powers (or giving “what is …. happening to me" monologues), your show’s in trouble. If superhero shows don't learn to fly quickly, they inevitably plummet in the ratings.