Local media have been following the continuing saga of downtown Spokane's once-grand Ridpath Hotel since the Spokesman-Review's Shawn Vestal mused about its sorry fate in March. Since then, the city has ordered it cleaned up, the place has gotten further sullied by hobos, and all the owners have sued each other over their competing visions (or lack of vision) for the hotel.

For years, I've lamented the hotel's state of disrepair (it was where I spent my first night in Spokane, seven years ago, when I came to town to interview for my job with The Inlander), but the sight below struck me as especially poignant today. I took this through the windows of the satellite building across First Avenue from the main hotel. Note the graffiti on the wall and the dead bird slumbering on the near-pristine banquet carpet below it. 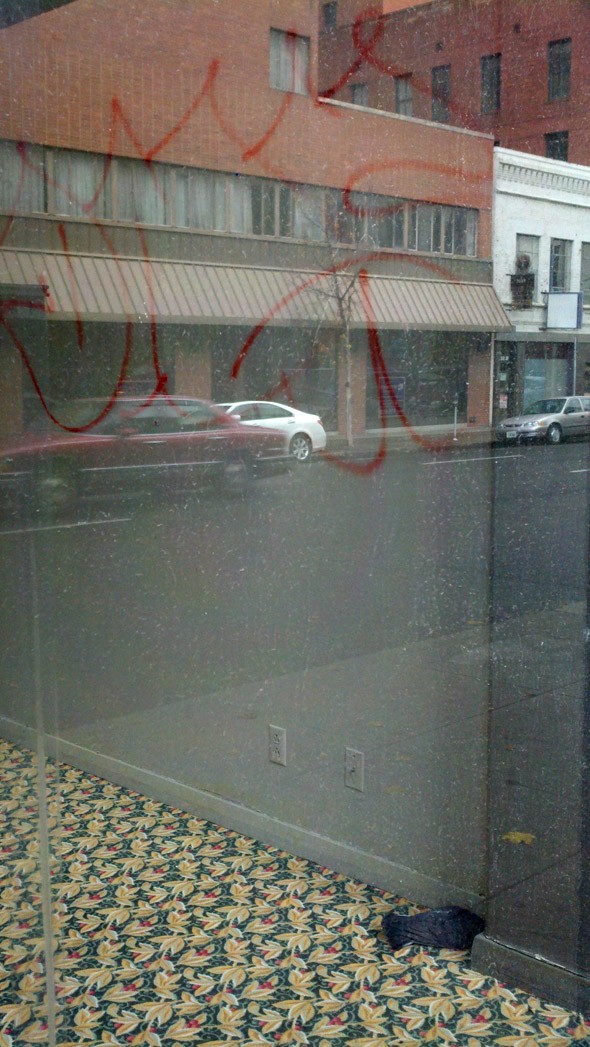 Humor Us: This Weekend in Comedy

THIS WEEKEND IN MUSIC: Larry! Hippies!

Speaking of Seen In Spokane , News