Morning Briefing: Where will you be when the zombie apocalypse strikes? 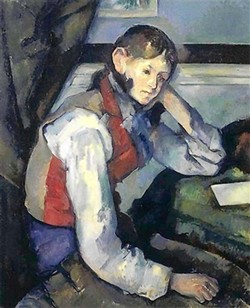 SPD interim chief acknowledges mistakes in Otto Zehm case — It's the first such admission by a high-ranking official (SR) KREM has an interview with the chief.

Wanted to Buy: Grandma's ashes — A Loon Lake family whose matriarch's ashes were stolen from the home is turning to Craiglist to get them back. (KXLY)

Gregoire ready to wield veto pen — The governor's staff is combing the fine print on the special-session budget passed earlier this week. (SR)

Time for studded tires to come off — The deadline is Monday. (KHQ)

North Korea: Doing it wrong — "For the new North Korean leader, Kim Jong-un, his government's failure to put a satellite into orbit on Friday was a $1 billion humiliation." (NYT)

Zimmerman may get bail next week (Atlantic)

Anders Behring Breivik: The father's story — Dad had no idea that his son could have been responsible for the massacres in Norway. He's still dealing with the pain. (Guardian)

Newark Mayor Cory Booker rushes into burning building to save a neighbor's life — Come to think of it, we never see Booker and Superman in the same place at the same time... (CBS)

Where will you be when the zombie apocalypse strikes? — In honor of Colson Whitehead's appearance at Get Lit tonight: this zombie-survival map, showing danger zones, armories and food sources for the entire U.S. (mapofthedead.com)