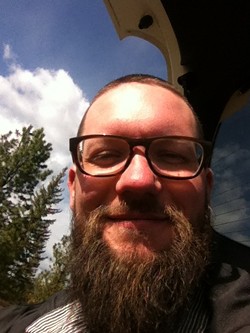 The Inlander is pleased to announce that former staff writer Nicholas Deshais is a finalist for journalism’s prestigious Livingston Award. Deshais was nominated on the strength of an Inlander cover story about (now former) Assistant City Attorney Rocky Treppiedi and his role in the Otto Zehm case. He is one of 41 finalists for the prize, which is given each year to three journalists under the age of 35 for local, national and international reporting across print, broadcast and online platforms (making it one of the most competitive contests in American journalism). This year’s contest was judged by ABC News foreign affairs anchor Christiane Amanpour, former World News anchor Charlie Gibson and New Yorker media critic Ken Auletta.

Deshais left The Inlander in March to pursue freelance writing. He’ll find out if he made the final cut on June 6.