The police shooting that left Jacob Dorfman dead on Tuesday may have been preceded by a confessional post on Craiglist. Authorities are trying to figure out if the author of the "goodbye cruel world" post was Dorfman. (SR)

If you ever want to know why libraries are dying and printed books don't matter to kids, go ahead and call Gonzaga Prep. (KREM) 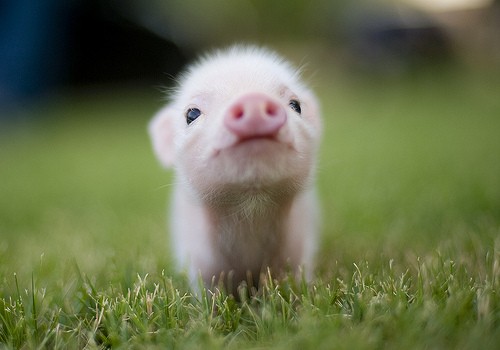 Holy crap! How could we forget that it's Agriculture Week! I give you a cute pig photo! Rejoice!

You know how cops are supposed to crack down on gangs? Well, what's if the cops ARE a gang?! Mind explode. (LA Times)

If you think Switzerland is all chocolate waterfalls and rainbows, think again. The country has high levels of civilian gun ownership, like the United States. (Washington Post)

WE HAVE THE SAME FAVORITE FOODS

the Scared is scared from Bianca Giaever on Vimeo.