PHOTOS: Scenes from this morning's standoff along East Sprague 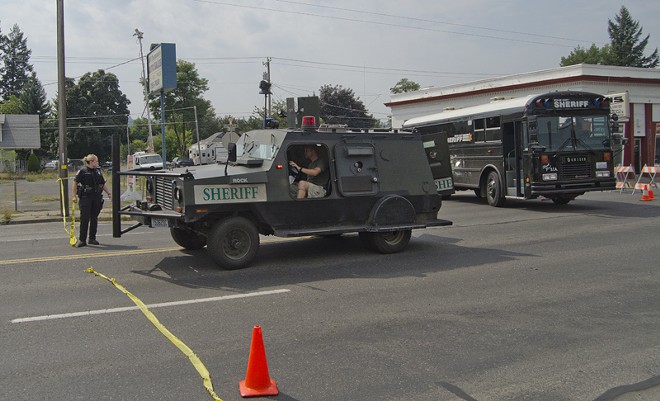 Spokane law enforcement agencies descended on Double Eagle Pawn on East Sprague Avenue this morning after a man reportedly fired off at least one gunshot in the store and barricaded himself for approximately two hours.

Police took the barricaded suspect into custody shortly before 1 pm after shutting down several blocks of Sprague and calling in SWAT teams to secure the surrounding neighborhood. The suspect was not immediately identified.

While the suspect initially told authorities he had hostages, police report they quickly accounted for all of the pawn shop employees and customers. Hostage negotiators spoke with the suspect via phone during most of the standoff, which started at about 10:30 am.

Here are several photos from the scene:

CAT FRIDAY: Meet Baby Bug, the latest cat to take over the Internet