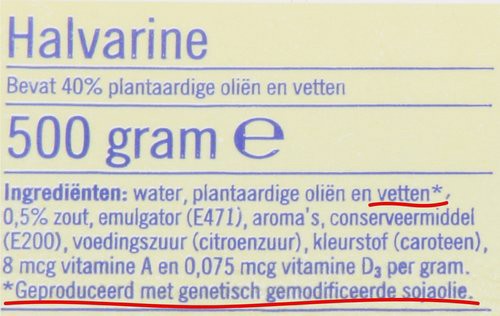 This type of labeling isn’t a new idea — it came up in the U.S. in the early ’90s when the federal government was considering how to regulate genetically modified foods, and consumers successfully pushed for labeling laws in many other countries. (Here’s the EU policy, for example.)

Here’s a comprehensive fact sheet from Colorado State University that outlines current policy and the most common arguments for and against. The nonprofit Center for Food Safety also has a lot of background information, from the pro-labeling perspective.

Since California voters considered a similar measure last year (and narrowly rejected it), the topic of labeling has come up a lot recently. State lawmakers in Connecticut and Maine voted for labeling legislation this year, but with the condition that it won’t go into effect until other states enact similar laws.

In general, people who are against GMOs are for labeling, and vice versa, but that’s not true across the board. Putting aside the specifics of the Washington state initiative — we’ll have more on that separately — here are some pieces that represent different perspectives on GMO labeling:

» Sen. Barbara Boxer of California has been a leading pro-labeling voice in Congress, and she joined other lawmakers with this letter in 2012. (A similar bill was introduced last year.)

“At issue is the fundamental right consumers have to make informed choices about the food they eat. Labeling foods doesn’t imply a product is unsafe or will be confusing to consumers as some may argue. The FDA requires the labeling of over 3,000 ingredients, additives, and processes; providing basic information doesn’t confuse the public, it empowers them to make choices. Absent labeling, Americans are unable to choose for themselves whether to purchase GE foods.”

» Tom Philpott, who frequently writes about the GMO debate for Mother Jones:

“I've written a lot about the hazards, potential and realized, that GM crops bring to bear: the complete domination of them by a handful of large companies, the accelerating pesticide treadmill on which they've placed farmers, and the still-little-tested potential health risks. For all of these reasons, I avoid GMOs, and would vote to require their labeling if I had a chance.

… I think the effort to label GMOs calls for the use of one of those admittedly unwieldy ballot initiatives. That's because at the national level, the GM seed/agrichemical giants, with their well-heeled lobbying efforts, have managed to stymie all other democratic means for reining them in.”

» He was writing in response to Kevin Drum, also writing for Mother Jones prior to the election last year:

“I’ll confess to mixed feelings about this. But I'm afraid mixed feelings mean a No vote. I respect the desire to know where your food comes from, regardless of whether you want to know different things than I do, but on a substantive level I'm not convinced that GM foods pose enough of a genuine hazard to rate detailed labeling laws that are etched in stone forever.

» Author and food reform advocate Michael Pollan wrote about the labeling vote in California as part of a larger movement of consumer awareness about the food system:

“What is at stake this time around is not just the fate of genetically modified crops but the public’s confidence in the industrial food chain. …The industry is happy to boast about genetically engineered crops in the elite precincts of the op-ed and business pages — as a technology needed to feed the world, combat climate change, solve Africa’s problems, etc. — but still would rather not mention it to the consumers who actually eat the stuff. Presumably that silence owes to the fact that, to date, genetically modified foods don’t offer the eater any benefits whatsoever — only a potential, as yet undetermined risk. So how irrational would it be, really, to avoid them?”

“As things stand, you can find out whether your salmon is wild or farm-raised, and where it’s from, but under existing legislation you won’t be able to find out whether it contains the gene of an eel.

That has to change. We have a right to know what’s in the food we eat and a right to know how it’s produced. This is true even if food containing or produced using G.M.O.’s were the greatest thing since crusty bread.”

» David Zilberman, professor of agriculture and resource economics at Berkeley, wrote against Prop. 37 before the election (and also wrote this response to the comments he received).

“The public is divided among individuals who believe that GMOs are bad, others who think they are valuable, and many who are basically indifferent. The last group may not see the damage of requiring labeling of GMOs since they do not see the big loss. However, labels make a difference. A labeling requirement creates a stigma effect that will reduce the demand for GM products and may reduce investment in new GM traits. The net effect will be to slow the development of agricultural biotechnology, and this in turn may negatively affect health, the economy, and the environment. It is actually counter-productive to the many environmental and social goals that we cherish.”

» After the California measure failed, Christie Wilcox wrote about how labeling all GMOs the same way doesn’t really inform the consumer:

“The simple fact is that there is no evidence that GMOs, as a blanket group, are dangerous. There’s a simple reason for this: not all GMOs are the same. Every plant created with genetic technology contains a different modification. More to the point, if the goal is to know more about what’s in your food, a generic GMO label won’t tell you. Adding Bt toxin to corn is different than adding Vitamin A to rice or vaccines to potatoes or heart-protective peptides to tomatoes. If Prop 37 was really about informed decisions, it would have sought accurate labeling of different types of GMOs so consumers can choose to avoid those that they disapprove of or are worried about.”

» In the latest food-focused issue of Scientific American, the editors took a stand against labeling:

“At press time, GMO-label legislation is pending in at least 20 states. Such debates are about so much more than slapping ostensibly simple labels on our food to satisfy a segment of American consumers. Ultimately, we are deciding whether we will continue to develop an immensely beneficial technology or shun it based on unfounded fears.”

» Keith Kloor, who frequently writes about genetic engineering and the related debate on his Discover magazine Collide-a-Scape blog:

“Personally, I’m ambivalent about GMO labeling. I see right through the naked cynicism of the Right to Know campaign. It is totally disingenuous. On the other hand, as any student of Aikido or Tai Chi knows, redirecting the force of your attacker is an effective tactic. There is a case to be made that a GMO label on foods would neutralize the opposition and eventually pave the way to greater acceptance of biotechnology.”

» Kloor was responding to a guest post from author Ramez Naam, who says people who believe there is benefit in GMOs should support labeling:

Who's Really "The One who Knocks" on Breaking Bad? 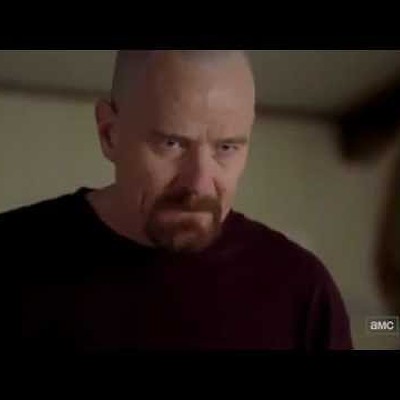