More from our interviews with the 7th district senate candidates

For our profile this week on the 7th district state senate race between incumbent Sen. John Smith, a Republican from Colville, and his intra-party challenger, Ferry County commissioner Brian Dansel, the Inlander had the opportunity to sit down with both candidates at our office.

Here's what else they had to say about their transportation package priorities, making good on McCleary, bettering the seventh district, and their greatest achievements in public office.

On a transportation package: “Transportation is a big issue, but it’s not all about new funding. If we look at 2012, hundreds of millions of dollars last year were wasted in avoidable mistakes...There was enough wasted in 2012 to get us pretty close to completing the North-South Corridor, and so I think some of those problems are a greater challenge to the future of transportation than a lack of funding.”

On funding K-12 education: “This year, we were able to put more than $1 billion of new money into education and we did it simply because the state had more money...I believe as we go forward the nature of the budget we crafted this year is designed, from a four-year outlook we’ll have a fairly large surplus.”

On combatting poverty in the 7th: “We have an awesome American system that is designed around enabling whoever you are no matter where you come from to rise to the peak of your potential. I think In some of our rural counties and coming from Stevens, I think sometimes we forget that and I think one of the first steps is reminding people.”

On improving health care in the 7th: “I don’t think there’s a lack of medical opportunities, I think perhaps there’s a large chunk of people who have chosen to not give themselves access to those resources.”

On the social safety net: “For me, I think having come from poverty myself, it’s really important that for those who genuinely need help that it's there for them.”

Greatest political accomplishment: “Working together in a bipartisan way to enable the reform and continuation of alternative learning experience programs.” 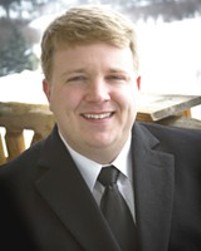 On a transportation package: “We have estimated growth and revenue in the next biennium. I think we can build and new road projects with that growth and revenue without having to tax people. I want to finish the North-South freeway and I want to make 395 from Colville to Spokane four lanes. It’s a big trade route and a lot of folks do business and commerce and haul their fright on that route; it needs to be safer.”

On creating jobs in the 7th: “Hydropower is what we’re all pretty much powered by here in the Inland Northwest. Some states have chosen and been able to pass hydroelectricity as a renewable energy. If the state of Washington were to do that, because of the amount of hydro that we produce, we could give those tax breaks for being a renewable energy and that would be very enticing for companies.”

On improving health care in the 7th: “I think that looking at funding for rural hospitals is going to be big and making sure we don’t lose what we’ve already got...I don’t think it can be mandated through the government.”

On the social safety net: “There has got to be balance in government and to prove a point, you can't just eliminate and chop everything to level that doesn’t make any sense. We’ve got to have those safety nets in place for the needy, and we’ve got to give the folks that can work and want to work the opportunity.”

Greatest political accomplishment: “Running a budget surplus every year I’ve been in office.”