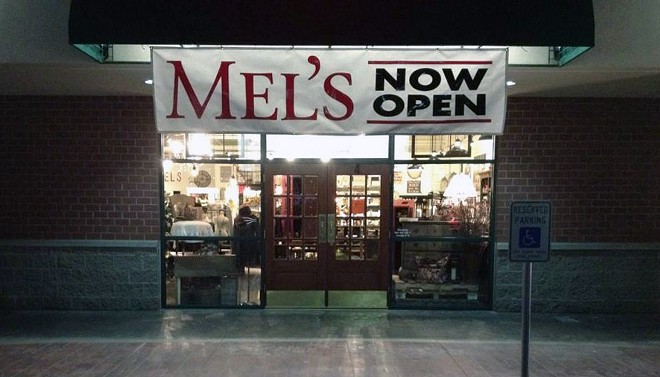 This summer we wrote about the closing of Mel’s Nursery after four decades as a North Division landmark. At the time, owner Sue Nimmer Shaw said she wouldn’t rule out a “mini-Mel’s” in the future — and it turns out she wasted no time in making that happen.

The new Mel’s opens its doors today next to the new Sweet Frostings location in Wandermere, at 12501 N. Division. The new spot is much smaller than the sprawling old Mel’s, and it will not have a nursery or floral department. The emphasis is on gifts and apparel, which should come as a relief for those who were dreading a holiday season without Mel's.

Mel’s has been a longtime favorite in the Inlander’s Best Of readers poll for categories like Best Gifts and Best Home Decor ever since winning in the very first Best Of back in 1994.