In an ambitious and wide-ranging report, the Spokane Regional Criminal Justice Commission has released its long-awaited recommendations on reshaping the county's criminal justice system toward increased efficiency, offender rehabilitation and alternative justice strategies. 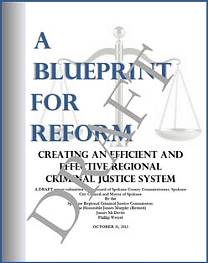 Formed in November of 2012, the three-person commission spent hundreds of hours interviewing local law enforcement officials, justice representatives and rehabilitation experts. The commission found a number of redundancies and outdated approaches they would like see modernized. Many recommendations involve combining services or better utilizing technology. The commission has also endorsed many of the alternative justice programs championed by the local Smart Justice initiative.

"It has become clear to us that the regional criminal justice system is maladapted for current and future needs," the report states. "As it exists, it is stove-piped and inefficient. … There is a lack of trust, no unified leadership, duplicated services between and among jurisdictions across the system, and it unnecessarily costs the City and County taxpayers thousands of extra dollars each day."

Commissioners singled out the county Juvenile Court and the Adult Drug Court as "pockets of excellence" that had demonstrated commitments to adopting best practices. Other departments lagged behind, specifically the county District Court, which was cited as unorganized and unwilling to embrace needed reform.

"We approached our task humbly and with the utmost respect for the hundreds of professionals that work in our regional criminal justice system," the commission writes. "We are inspired by the passion and dedication of the people who work tirelessly to maintain our criminal justice system, frequently with reduced resources. … The recommendations we make in the following report should not be view as diminishing the current work being performed by those [individuals]."

In hopes of advancing their recommendations, the commission has suggested city and county officials make a permanent commission and establish a Law and Justice Coordinating Committee to oversee reform efforts. Commissioners argue creating those governing bodies, with authority to dictate necessary changes, will be essential to a successful transition.

"In short, the [commission] must be free from the politics that now hamper progress," the report states.

With a timeline to introduce reforms over the next five years, the report outlines a number of specific recommendations for the individual branches of the justice system. Here are some of the highlights:

The newly released commission draft report does not tackle funding for many of these programs other than suggesting many should be paid for jointly by the city and the county. They acknowledged several programs may require a significant upfront investment to get started, suggesting a county sales tax as well as grant funding.

"A detailed budget is beyond the scope of this report," the commission writes. "Given the number of recommendations put forth above, it would be too complicated to develop at this initial step in the process."

Commissioners expressed hope that their recommendations could lead to a more efficient, more nuanced and more just local criminal justice system. They have scheduled a public hearing at 6 pm Wednesday at the Gonzaga Law School Courtroom to hear initial feedback on the draft report.

"The SRCJC and community have been promised that this report will not be 'put on the shelf,'" the commission states, "and it is our hope that the City and County will follow through on this promise to carry out the recommended reforms."

THIS WEEKEND IN MUSIC: Recover with live music 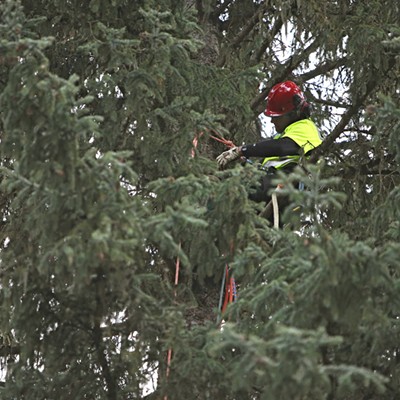