This morning a trace of snow overnight left roadways a bit slippery, but, amazingly, drivers appeared to be handling their snow well this morning. More may be on the way this weekend. (S-R)

The very first Spokane Human Rights Awards were handed out Thursday morning at a ceremony in City Hall. A North Central High School student, member of the City Public Defender’s Office and the NAACP were honored. (KREM)

Could you be the next winner? Mega Millions reaches a $400 million jackpot. (KHQ)

A hearing is scheduled for today in King County Superior Court on a challenge to the new $15 an hour minimum wage in  SeaTac that was upheld in a vote recount. (Oregonian)

Beyoncé just unleashed an all-new record. In a world where most albums are leaked early, the surprise release was truly an accomplishment. (RS)

For further proof that one should never get too close to North Korea leader Kim Jong Un (looking at you, Dennis Rodman), the country’s second in command Jang Song Thaek was executed Thursday. Thaek was Un’s uncle. (TBT)

A Seattle boy battling kidney disease got to meet his musical idols, Macklemore and Ryan Lewis. He even got his shoes signed. (KING)

The House passed not just a one but a two-year budget deal. Whoa. (Daily Beast) 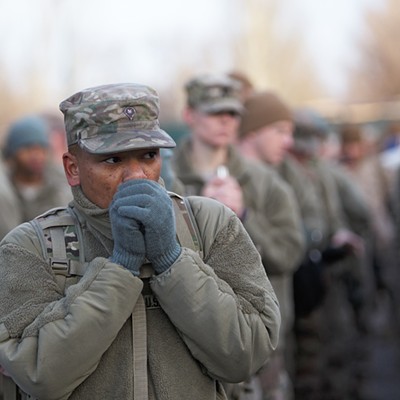