Remember when I swooned over the warm options on Bon Bon’s winter menu a few weeks ago? It’s still cold, so I’m still on that kick. And Boots is giving Bon Bon a run for its money. Try the boozy coffee or the boozy tea. Loosen your inhibitions, warm your insides, be well.

Like all former denizens of Bend, Ore., I wrongly feel like I own a piece of the Deschutes Brewery. I’ve probably put some brewer’s kid through college with the amount of the Deschutes I’ve downed in my drinking career, so yeah, my allegiance is strong. And it gets stronger every January when Deschutes unleashes upon the market Red Chair Northwest Pale Ale. If you’re not hip to it, “Northwest Pale Ale” is basically a less hoppy IPA. And if you took Red Chair to the East Coast, they’d probably call it an imperial IPA. Sissies.

How good is it? Uh, well it won the World’s Best Beer distinction at the 2012 World Beer Awards. That do anything for ya?

Red Chair is a delightful beer — the beer I’ll be drinking almost exclusively until Deschutes inexplicably takes it away from us sometime in the spring. 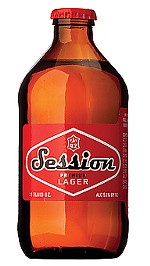 Call me new to the beer game. And even then, I don’t care for the taste of a bitter IPA or the slightly urine-like tang of Bud Light. My tastes lie somewhere in the middle — and yes, I think Blue Moon is delicious (roll your eyes if you will). So when I discovered Session Premium Lager at Morty’s on the South Hill I was extremely pleased with what I was swallowing. It tastes better than Miller High Life and PBR, I swear. There’s no bitter aftertaste and is as smooth as can be. Adding to its cool points, the beer has been made by the independently owned Full Sail Brewing Company out of Hood River, Ore., for decades. For anyone out there who, like me, can only handle the more mild beers, pick up a six-pack of Session in your nearest grocery store booze aisle and enjoy.

I’m a beer-drinker through and through, and while most of the time you’ll see me tipping back something a little crisper and lighter — Belgians, hefeweizens, pilsners, etc. — this winter I’ve been all about the stouts and porters. To be honest, dark brown beers used to scare me. Before I gained a rudimentary beer education, I thought dark = bitterness. (I’m not a big fan of IPAs, by the way.) While I’ve been working my way through the warmer, richer flavors of dark-colored beers this winter, I’ve come across a couple favorites, but the obvious winner of them all is Ninkasi’s Vanilla Oatis Oatmeal Stout. It’s the perfect sipping beer, and with an ABV of 7.2% and the option of single 22-oz. bottles, you can — and should — enjoy its vanilla-y smoothness a little longer. 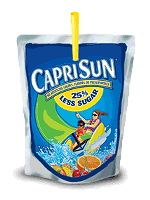 Since I just turned 21 a few months ago, I’m not exactly well-versed in the world of alcoholic beverages (although I do greatly enjoy a rum and coke or a Bailey’s on the rocks every now and then). I’m more of a juice aficionado. And I can be found sitting at my desk drinking Capri Sun — yes, those cute little pouch drinks from elementary school — on a daily basis. If there is a beverage and the word “juice” can be connected to it in any way, I already love it. I save the Capri Suns for work because they’re portable, but at home, I’m drinking Welch’s white grape peach juice, kiwi strawberry Snapple and Tropicana’s peach orchard punch.

For the mornings: This isn’t new, but I’ll confirm what other people have said about coffee from local Manners Roasting Co. — it’s excellent. We picked up a bag of the Acopio Suyatal Nicaragua from Coeur Coffeehouse recently and these gray winters mornings have been a lot more bearable.

For the evenings: Boise-area Sockeye Brewing appeared in our market suddenly a few weeks ago, first on tap and now in cans as well. The hearty, hoppy Dagger Falls IPA is great winter drinking. In other cold-weather drinking, winter warmers can start all blending together by this point in the season, but River City’s Deep Thaw Winter Warmer is one worth seeking out.

Pineapple-orange-banana juice. All the tropical zing of pineapple, all the can’t-rhyme-with-it defiance of orange, all the slapstick appeal of banana, combined into a single beverage. Now, if only Rosauers carried it in the cheaper concentrate form, I would buy it by the gallon. 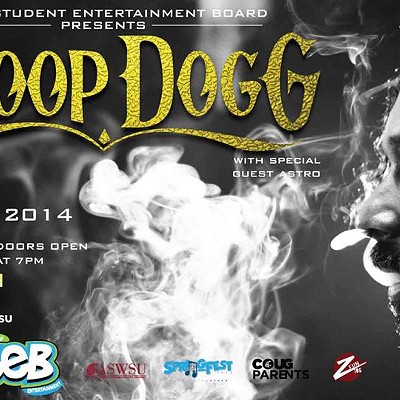 Changes coming to the Bennett Block