A 16-year-old was killed in a targeted shooting early Sunday outside Moses Lake. (KXLY)

A man shot near the Garland District on Saturday is expected to live. (KREM)

Police are looking for a man with a “pudgy” face who robbed a Garland Avenue espresso stand this morning. (S-R)

The Special Olympics team in Moscow (Idaho, not Russia) had all their gear stolen just two weeks before the state’s winter games. (KHQ)

The co-pilot of the Ethiopian Airlines jet bound for Rome was arrested after forcing the plane to land in Switzerland in an attempt to get asylum. (WSJ)

A plane crashed in Nepal, killing all 18 people aboard. (BBC)

“Craigslist killer” Miranda Barbour, 19, told a local Pennsylvania paper she has killed at least 22 other people as part of her involvement in a satanic cult. (AP)

Kickstarter announced it was hacked last week, and some user information was accessed. (Mashable)

South African workers trapped in an abandoned gold mine were rescued and then arrested; others chose to remain underground to avoid arrest. (NYT)

Presidents Day doesn't exist, according the the federal government. So why do we call it that? (CS Monitor)

Eat leftover pizza cold or reheated? What you told us 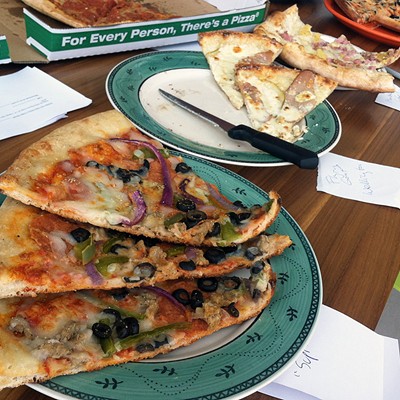