Although they passed few significant new policies and only a modest supplemental budget, lawmakers in Olympia did manage to improve their roll call record this year, according to a new report by WashingtonVotes.org.

In the 2014 regular session, 1,372 bills were introduced and 237 measures were passed. Ninety legislators maintained a perfect roll call record — up from 53 last year — and only three missed more than 50 votes.

Among the lawmakers who missed the most votes was Sen. Michael Baumgartner, R-Spokane. He missed 87 votes — more than any other senator this session. But his excuse is pretty good (and super cute).

“My wife gave birth to our third child, Victoria, in February," he told WashingtonVotes.org. "We experienced some complications with my wife’s pregnancy causing me to miss votes during session.” 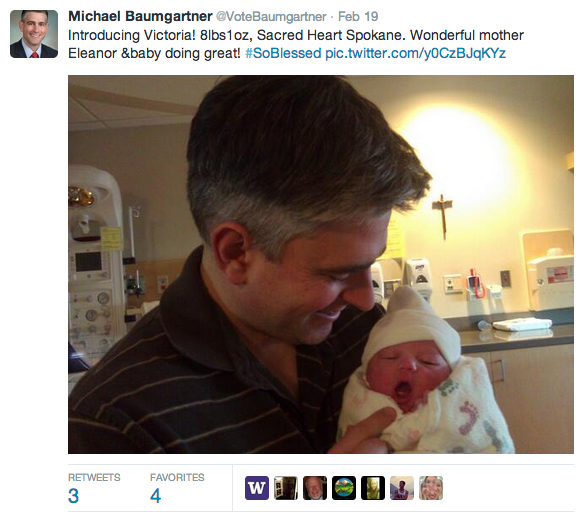 Rep. Kevin Parker, R-Spokane, missed 25, including a vote on the "Real Hope Act," the Senate's version of the DREAM Act allowing undocumented students to apply for state college aid.

“Unfortunately I was absent one day because of an illness and had to go to the doctor. The only other time I missed votes occurred due to being stuck on the other side of the Cascades, as Snoqualmie Pass was closed," Parker said. "I have also been on and off the floor because I have been part of the ongoing budget proposals with Rep. Chandler.”