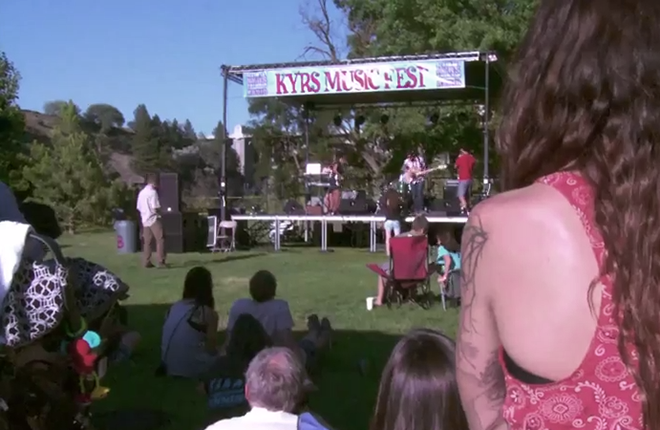 On July 12, KYRS-Thin Air Community Radio will be holding its second annual music festival at Glover Field just below the Spokane falls in Peaceful Valley. This event will highlight independent groups and local talents from around the Inland northwest.

“Everyone had so much fun last summer,” says KYRS station manager Lupito Flores. “This year’s festival will be bigger and better, with awesome local talent [and] a big headliner.”

Called KYRS Music Fest for its first year, the event has been renamed “Marmotfest.”

“We wanted a catchier name,” says Flores. “And Glover Field is teeming with marmots.”

The family friendly event includes nonprofit booths, food court and activities. Marmotfest can also boast that it is the only solar-powered music festival in the Northwest, with all the sound equipment, stage and lights being powered by solar panels. On top of that, there will be a bike corral for those who don’t wish to drive and everything will either be recycled or composted. The focus on being environmentally friendly speaks directly to the goals and message of KYRS.

There are no age restrictions on any concerts, so families are allowed to roam freely and enjoy the food services, art exhibits, poetry slam, free yoga sessions and the community village. (There will be a beer garden for anyone over 21.)

“Families will have fun in the park,” said Flores. “Bring your Frisbee, sun umbrella and hula hoops.”

One new thing this year is the addition of a small side stage to allow acts to play during intermissions and while bands are setting up. This will include acoustic acts, drummers and spoken word performances.

KYRS is extremely excited about who they have to headline the festival, though they have yet to make an announcement.

“We do have the line-up nearly complete, but we are waiting to finalize it and have tickets ready for sale before announcing,” said Flores. “I can tell you the headliner is great and should be a big attraction for people. We also have some great local and regional bands booked.”

The tentative release date for the band schedule is May 2, which will include the band announcements, prizes, music and early bird ticket sales. Tickets will be available at all Ticketwest outlets.

Amy Schumer takes on "The Newsroom"