A zombie apocalypse years in the making 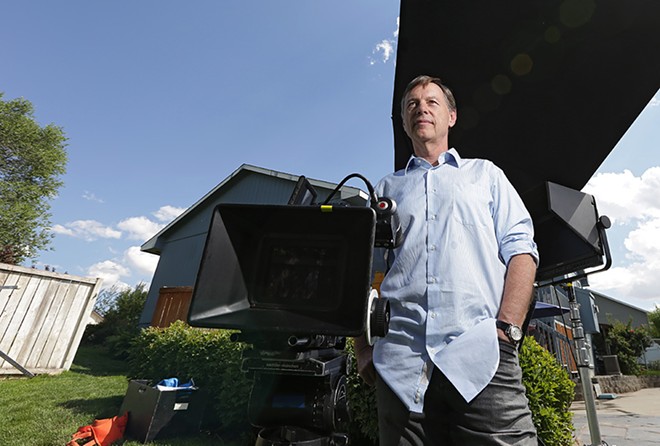 Young Kwak
NxNW founder Rich Cowan: "Over two years ago, we said this was going to be the new direction for the company. Television."

The call for a horde of zombie extras that went out two weeks ago was the culmination of a journey North by Northwest began in 2012.

“Over two years ago, we said this was going to be the new direction for the company. Television,” says Rich Cowan, NxNW’s founder. It was a somewhat dark time to be dreaming big. Washington state had lost its film tax incentive amid legislative wrangling in May 2011, and much of the feature film work NxNW was accustomed to began to dry up. When the incentive was reinstated in April of the next year, the definition of “film” was expanded to include anything meant to be viewed on a screen, including television and, conceivably, web-based series. Cowan says they leapt at that revision.

And though the casting call heard ’round the region somewhat short-circuited their victory lap, tomorrow at a 10 am press conference, North by Northwest will officially announce a partnership with SyFy and the Asylum — the production company behind Sharknado — to bring Spokane its first scripted TV series, Z Nation.

We’re in the midst of what many critics are calling a golden age of television, so scripted dramas are creatively appealing. Cowan, though, says the decision to pursue the small screen was more pragmatic. “It was always about the jobs,” he says. “Feature [films] are good, but you never know when the next feature is coming, so when are we going to take the kids to Disneyland?”

Z Nation’s budget is rumored to be around $500,000 per episode. Cowan says Syfy is specifically not releasing the per-episode budget, but he says the money will finance over 12,000 worker days for the production crew, almost a half-year’s worth of work. Cowan characterizes these as “good, solid, family-wage jobs.” (It should be noted that Cowan is currently running for state Senate, challenging Michael Baumgartner.)

Just as encouraging for our creative scene, the jobs don’t stop with grips and best boys. Cowan says they pitched North by Northwest — and Washington state — as a studio and region fully capable of supplying all production needs, including actors and directors, and Syfy bought it. The showrunner, Karl Schaefer, is a Hollywood veteran who has done offbeat, enjoyable work like Eureka and Eerie, Indiana, but much of the cast will be local-ish.

When I first chatted with him in March, Cowan said he hoped to cast at least half of the series’ eight featured actors (the starring roles, effectively) from within Washington state. Casting was still ongoing as of press time, but when we spoke yesterday, Cowan told me, “We’re tracking about half the leads from in-state. That’s an awesome thing. The showrunner and the network are loving our in-state people.”

Syfy has ordered an entire 13-episode season, which means somewhere in the neighborhood of 200 day players — roles that last an episode or two — will join the featured actors. “We have a lot of wonderful actors here, so we’ll be able to pull a lot of actors from here, and they’ll almost all be from within the state of Washington,” Cowan says. “I’m thankful we have that kind of talent pool. You can’t do that in every city, but we can.”

He also hopes to get one or two local directors episode credits in Season 1, but nothing is set in stone yet.

It’s important to note that Z Nation will not be The Walking Dead, either in terms of tone or budget. Schaefer has been quoted as saying his show will offer “a sense of hope to the horror of the apocalypse.” And while a half million bucks is a nice number, it’s well off the industry average. In figures cited by the New York Times in 2010 and Slate again earlier this month, the average cable drama costs $2 million per episode, about four times Z Nation’s budget. A blockbuster episode can cost many times more than that. Game of Thrones’ now legendary “Blackwater” cost around $8 million.

Still, Cowan believes Z Nation is an important first step in getting more work in serial drama. At the most basic level, if Season 1 goes well, there’s always Season 2 to look forward to. It’s about building a reputation for success, and then expanding upon it. “We have good actors here and good directors and a great crew,” Cowan says. “More series are the goal, and it’s a step at a time, but we’ll get there.”

Z Nation and its 1,300 zombie extras will begin groaning its way around the area in May. ♦

Luke Baumgarten, a creative strategist at Seven2 and former culture editor of the Inlander, is a co-founder of Terrain and the founder of Fellow Coworking. He tweets @lukebaumgarten.