MORNING BRIEFING: Problems with Washington's health exchange and how to help wildfire victims

Firefighters continue to battle the Carlton Complex fire and the Watermelon Hill fire outside of Cheney. You can help victims of Washington's forest fires by donating to the Red Cross or other efforts listed here. (SR/KXLY/Wenatchee World)

A body was found on the shore of Lake Coeur d'Alene early Saturday. Police have not yet identified the victim. (CDA Press)

Conservatives on the Spokane City Council are worried the liberal majority will pick another liberal to fill departed Councilman Steve Salvatori's seat. (SR)

Some people who've bought insurance through Washington's state exchange are still having issues with the site. (Seattle Times)

Death and destruction continue in Israel and the Gaza Strip. (NYT)

A friend of Boston Marathon bombing suspect Dzhokhar Tsarnaev has been convicted of obstructing justice. (NPR)

Separatists in eastern Ukraine have agreed to hand over the black boxes from a Malaysian plane that was shot down and allow investigators into the area. (WaPo)

China has suspended operations at the meat supplier used by Chinese branches of McDonald's and KFC amid accusations the supplier repackaged expired meat products. (BBC) 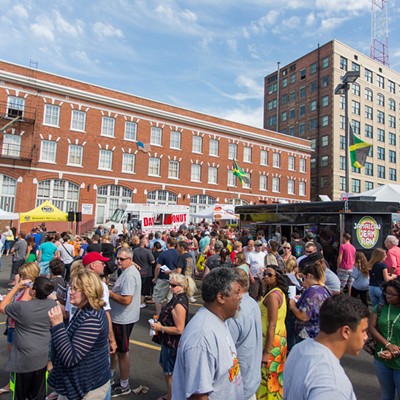 Battling feelings of empathy, guilt and relief as wildfires burn across the region