MORNING BRIEFING: Nothing ruins a commute quite like Trimethylamine Anhydrous

In an important lesson about hubris, and the beginning of its seasonal arc, the Seahawks lose. The Mariners do too, but that’s not news. (ESPN)

Idaho’s Department of Education gets a skeptical look over from the FCC for the way it handled its broadband contract. (SR)

Despite all the brouhaha over Seattle megachurch Mars Hill, the planned satellite campus in Spokane is moving forward. (SR)

The National Highway Traffic Safety Administration, meant to protect us from killer car companies like General Motors, has done a lousy job. (NYT)

For all those nostalgic for 2003, Obama is slowly putting together a coalition of the willing to deal with Iraq. (Washington Post)

Hey, why does tuition keep going up? What is it used for anyway? We looked at this question back in 2012, but now Vox has taken a crack at it. (Vox)

NEWS YOU CAN USE

Grantland does Spokane, plagued by infants of the undead, a favor, and explains How To Raise Your Zombie Baby. 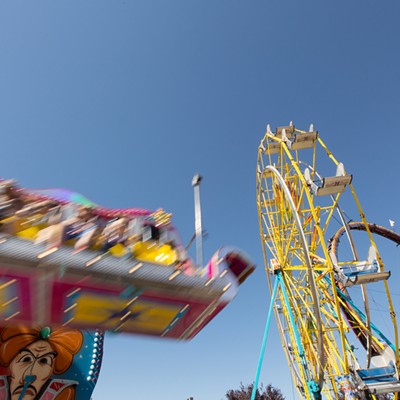 PHOTOS: Last Day at the Fair