More bells and whistles seem to be expected every year in the name of holiday traditions. Gathering a few pieces of candy wearing a sheet with eyeball holes doesn't cut it anymore. We need convincing haunted houses. We need to feel absolute panic and terror in corn mazes. We need to stuff a pillowcase full of candy during condensed and safer trick-or-treating escapades, instead of ringing a few neighborhood doorbells around the block. We need to dress up, and we need to go all out.

HOW MUCH IS TOO MUCH?
The expectations for Halloween are high. The shock value and big bucks are basically a given, but where will we draw the line? Scarywood, tagged with the line "never sleep again," costs almost $40 a pop at the gate on Saturday nights. Not only are events and attractions breaking the bank, but according to the National Retail Federation, Halloween 2014 will set the record for the highest number of costumes purchased by Americans. The average person is expected to spend more than $75 on Halloween, contributing to the holiday's total spending of $7.4 billion. Twenty-three million pet owners in the U.S. are also expected to dress up their furry friends. Having Oct. 31 land on a Friday night only amps up the intensity and expectations of A-game costumes and parties.

In light of the immense popularity of Disney's Frozen, Amazon's bestselling costume this year is the film's princess character Elsa. Out of the online retailer's overall 10 best-selling products, five are inspired by Frozen. Has Halloween perhaps become more than a spooky or goofy dress-up night, and instead a competition and expression of your kid's favorite movie franchise-turned-product?

CANDY CRAZY
Who will make the move away from this super-sized celebration trend? Of course, a collection of cavity-fighting local dentists. Sweet-crazed kiddos on Halloween often chow down until the all that remains are the toothbrushes they received from the neighborhood rebel parents and stale candy from brands they haven't heard of. With the exponential growth of consumerism and processed sweets, many dentist offices are now offering a bold alternative to the Halloween-candy hype.

Dentist offices around the Inland Northwest are catching on to growing candy giveaways, trading money for trick-or-treaters' goodies. These fairly confiscated sweets are then sent overseas to U.S. military troops through a program called Operation Gratitude. It's a win-win for kids, parents and their dentists — and kids can still enjoy this Halloween tradition, even keeping a modest amount of treats before they cash in, should they choose.

Shannon Wells at Northview Family Dental hopes that clinics throughout the community continue the growing trend, and make candy giveaways an annual tradition. To her, this project lifts the morale of soldiers while making kids feel a sense of fulfillment through their donations. Kids can even write heartfelt letters and cards for the soldiers when they stop by to drop off the candy.

Perhaps our society will never fully return to the days of homemade costumes, watching Jamie Lee Curtis run from Michael Myers and dancing to "Monster Mash," but at least these dentists are offering ways to scale back the excess a little bit. 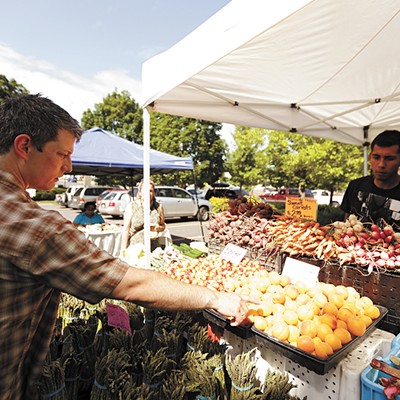