MORNING BRIEFING: Hungry beavers, Picasso on the cheap and nobody is voting

A familiar named popped up in the Spokane city ambulance bidding-process do-over. (Inlander)

According to the percentage of ballots returned so far in Spokane County, few of us are voting this year. (KREM)

One of the items in the Washington state auction later this month might be a Picasso sketchpad. Or not. (S-R)

Interplayers Professional Theater and Lake City Playhouse both have new names after their merger. (Inlander)

A judge ruled the state's Liquor Control Board broke Washington's open-meetings law 17 times as it worked on rules for the recreational marijuana industry. (Seattle Times)

Your ballots need to be postmarked or put in a ballot box by 8 pm today. (AP)

A hungry beaver knocked out power to about 600 Colfax homes. (AP)

Republicans nationwide are feeling pretty good about how today's elections are going to turn out. (New York Times)

Fracking locations and playgrounds are frustratingly close together for some parents. (Al Jazeera America) 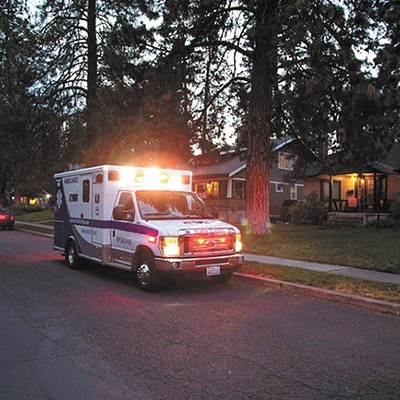