It’s been a week since we opened the doors for the third annual Snowlander Expo & PowderKeg Brew Festival. What a weekend!

The activities started off with a bang on Friday night with many eager participants waiting at the door prior to 4 pm for the show to begin. As the evening progressed, so did the number of excited skiers and boarders in attendance. The beer garden was the popular place to be up until last call on both evenings.

Brian Ellsworth from the Alpine Haus reports, “For us, [sales] were up this year. From the first to the second year, our numbers doubled, and this year we were up 20-30 percent. It is a good growth on sales and attendance. It was cool to see a line outside before the show doors opened, as it really never happened before.”

You can see a video of some of the Rail Jam festivities right here. And here are just a handful of images that summed up a weekend of winter celebration: 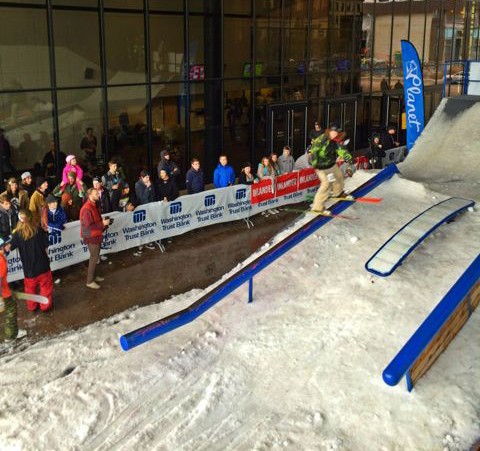