THIS WEEKEND IN MUSIC: Valentine’s Day weekend shows for you

Hopefully, you took initiative this year and already planned out your Valentine’s Day because a lot of these shows are already sold out. But we’re going to tell you about everything anyway because there’s cool ish happening.

FRIDAY
Tonight and Saturday, the Portland Cello Project is scheduled at the Bartlett. Both shows are now sold out, BUT for those with tickets just know you made a great decision. You’ll hear covers of Kanye West and Taylor Swift and whole hell of a lot more. The cello by itself is magical. When a group of them play together, it’s even better. Both shows begin at 8 pm.

In other news: Pinnacle Northwest (aka the Pin) will not open this weekend, according to owner Thomas Chavez. Instead the show scheduled for Friday night, featuring guitarist extraordinaire Felix Martin, will show at the Hop! The all-ages show starts at 9:30 pm. Chavez plans to open the Pin by next weekend. We’ll keep you updated.

For those down in the Moscow/Pullman area tonight, Runaway Symphony will take over Bucer’s Coffeehouse Pub. The band’s languid folk rock just continues to improve and excite. As always at that location, the show is all-ages and free.

There are a whole bunch of Valentine’s Day dances for you and your honey muffin to attend — or just to show up to alone. Check out places like the Baby Bar (1970/'80s dance party, watch out) and the Hop! and the Lariat and more!

SUNDAY
This weekend, Tim “Too Slim” Langford plays his first show since having cancer removal surgery; a cancer benefit for him set up by friend and fellow bluesman Sammy Eubanks at the Knitting Factory. The show features Too Slim and the Taildraggers, Bryan Warhall & Triple Trouble, the Sidemen, Nicole Lewis Band, Smash Hit Carnival, Big Mumbo Blues Band and the Doghouse Boyz. The all-ages show begins at 6 pm and is $10. Read our feature on Langford here.

NOT ANOTHER LOVE SONG
This weekend, they want to talk about the happiness of love. Boring. Let’s talk about the time love stomped on our hearts and made us feel like death warmed over. Here’s one of my favorite breakup songs ever — from a time when country music was actually high quality (bring on the comments): 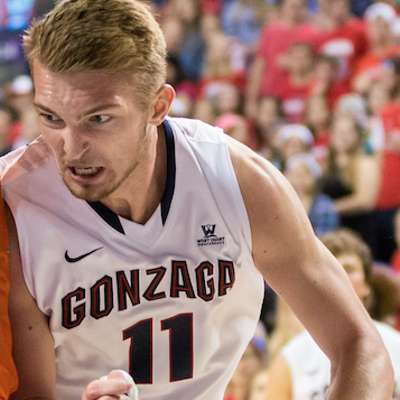 Sabonis isn't leaving early; and a look at the NBA prospects of other Zags