While Widespread Panic filled the Martin Woldson Theater at the Fox with winding, bluesy jams Saturday night, nearly 2,000 fans from Spokane and beyond filled it with maniacal dancing, good vibes and the pungent odors and smoke from a wide array of intoxicants.

Given that this was the band's first appearance in Spokane since 1999, the excitement was understandable. And when they hit the stage shortly after 8 pm for a show that ultimately stretched well beyond three hours, the sextet immediately cranked the energy up with a cover of The Band's "Ophelia" for their first song.

The crowd would have been thrilled with anything, of course, and the transition into "Space Wrangler," the title track from the band's 1988 debut, launched the first set through an hour of remarkable musicianship. Much of it came courtesy of guitarist Jimmy Herring, a veteran of the Allman Brothers Band and various Grateful Dead-related projects before joining the band in 2006. Depending on one's state of mind, one could almost see sparks fly off Herring's guitar on songs like "Honky Red" and "Pigeons." 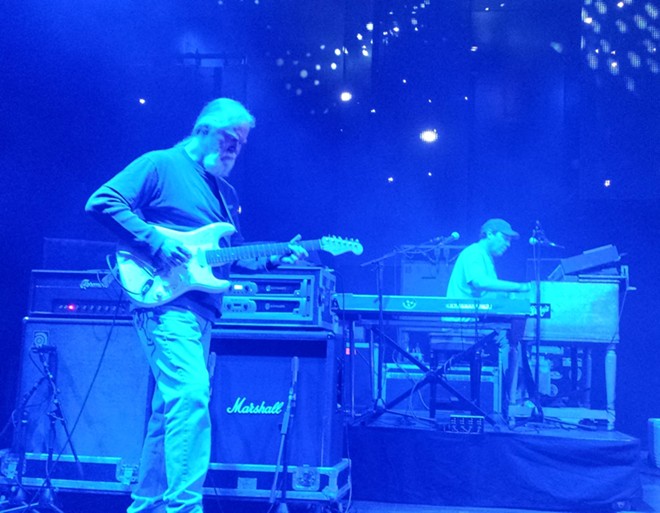 Dan Nailen
Widespread Panic guitarist Jimmy Herring, left, and JoJo Hermann.
The band — Herring, singer/guitarist John Bell, keyboardist JoJo Hermann, percussionist Sunny Ortiz, bassist Dave Schools and drummer  Duane Trucks, sitting in for Todd Nance — is adept at blending Southern rock, funk, soul and blues passages into cohesive, lengthy jams, and the non-stop movement of dancers filling the aisles and every available seat in the Fox was testament to how well they delivered on Saturday.
The break between sets seemed long at 40 minutes, and the Fox wasn't really prepared for the number of fans who would want to buy beer or water, judging by the long lines snaking up both staircases in the lobby before the show, during the intermission and throughout both sets.

Dan Nailen
John Bell's weathered voice works well in the band's brand of Southern rock.
Any grumbling about the long pause was quickly set aside when the band fired up a second set with "Sell Sell" and "Bust It Big" before a long jam led into the driving "Dyin' Man."

"Ain't Life Grand," "Driving Song" and "Fishwater" were among the highlights of the second set, as well as a new song called "Jamais Vu," which had never been performed previously according to Widespread Panic fan site PanicStream.com.

The Fox proved an excellent spot to see a rock show. The sound was pristine, a given considering the venue is home to the Spokane Symphony, and anyone concerned that the seats and typically staid environs of the place might cramp the style of hardcore fans had no reason to worry. It was pretty much a free-for-all inside, and all the security interactions I saw with fans were friendly. The balcony where my seats were bounced along with the grooves coming from the stage, making the dance party seem all the more frantic.

Perhaps the success of the Widespread Panic show will lead the Fox to book more rock shows between symphony dates. At the very least, it might inspire the band to come back more often than once every 16 years. 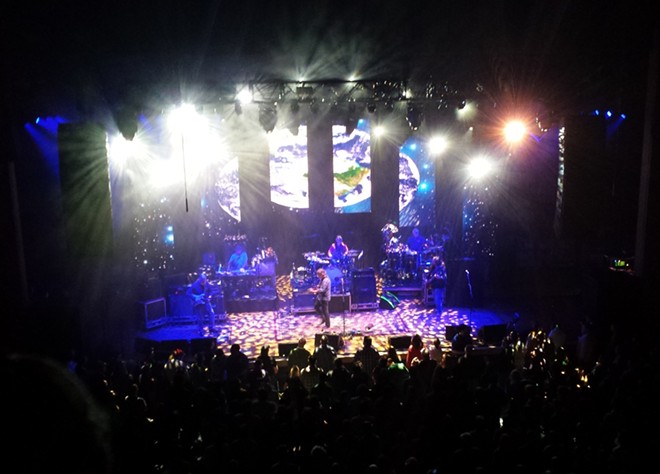 MB: Putin's back, Netanyahu might lose, and new memorial at Spokane Arena