Community’s sixth season should be its last

By now, they're super super seniors.


And so we come to the impossible sixth season of Community’s famous “Six Seasons and A Movie” promise to fans. The first two episodes launched yesterday on the stuttery, jittery Yahoo Screen, and the verdict is these episodes are: OK.

They are OK episodes of television.

Like Season 5, some of the individual moments, like Leonard’s Frisbee-triggered flashback to groovier times, or the Portuguese Gremlins ripoff “Knee-High Mischiefs,” rank among Community’s best. But the episodes as a whole have a lumpy, leadenness to them. The problem is not an issue of of characterization or tone, but of pacing. It was an issue in Season 5, but here, with longer episode lengths thanks to NBC no longer being at the reins, it’s even worse.

There are moments that are actually boring. Not Arrested Development Season 4 boring, but far from the no-moment-wasted tightness of the season two episode like “Advanced Dungeons and Dragons.” It’s enough to make me, a pretty die hard Community fan, think that it’s time for the show to graduate already.

Because that’s what college is all about: You grow, you experiment, you have late-nighters and paintball wars and blanket forts and love triangles, but it ends. You start a new sort of life, sometimes better, sometimes worse, but different.

To put another way, there’s a common business story: A local startup grows, flourishes, gets bought up by a behemoth of a company, which then shuts the startup down.

A tragedy, right? Not necessarily. Those creative people don’t start being creative. The end of a startup can often mean the beginning of a dozen others, and now they have the cash and connections to do something even grander. So it is with even great TV shows.

We’ve already seen this. Moment for moment, Dan Harmon’s animated Adult Swim show Rick and Morty is far funnier and more innovative than the last three episodes of Community. On Rick and Morty, a plot like, “Britta’s bitter about her parents” would have blasted through nine alternate dimensions, transmogrified her dad into a horrifying abomination and ended with either hugging or Britta twitching on the floor in incredible pain.

And here’s good news. The influence that shows like Community have on TV comedy is already everywhere. A show like the hilarious Man Seeking Woman gleefully dives into genre parody, like Community, but in a different format, for different ends. An episode of The Unbreakable Kimmy Schmidt thinks nothing of ending an entire episode with a rendition of “Daddy’s Boy” a fictional 1938 musical that’s only referenced in a throwaway line. It’s why critic David Sims can convincingly make the case that perhaps, Community doesn’t really need to exist anymore.

It’s as if Community caused the rest of TV comedy to step up its game, and as a result, the comedic offerings on TV (and Netflix and Amazon) are better and more diverse than they’ve been for a long time. It’s not that Community in its sixth season is bad, or that it doesn’t have hilarity left to offer. To draw on early classic episode of Community, the problem is that so many others are serving up such delectable chicken fingers, that Community’s old reheated recipe doesn’t quite cut it any more.

So free up those brilliant chefs, and let them begin cooking up something different. 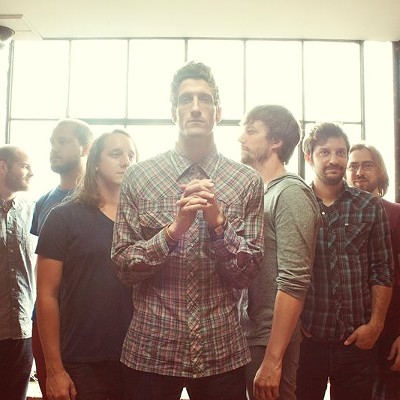 A New Orleans revival at The Bartlett, and learn to love your old house at the MAC

First round of police race data is in 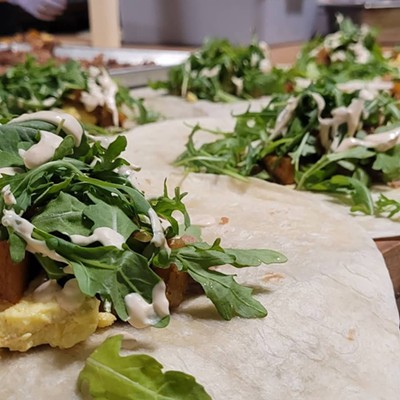