!!! (generally pronounced "CHK CHK CHK")
In only its fourth year Treefort Music Fest in Boise was something to behold. With 430 acts at 29 stages and forts over four days, this year's festival was a feast for the senses. Festival goers tasted exciting new (and often odd) local beers and ciders at Alefort; bands plugged in at Skatefort while skateboarders ripped the street section; live beats flooded from the Yogafort; perfectly placed jump shots rained down from the pop-up garage rock 3-on-3 basketball tournament; and a seamless racket blasted from a closed side street where a dozen generator-fueled full bands played in unison with the help of conductor Seth Olinsky.

Local food trucks were on point, smiles on faces and cranes in the air. Both Treefort and Boise continue to grow and one visit any day of the week will make a fan out of anyone. So if you need anything late March of next year, my adventurous wife Tiffany and I will be in the #treefort2016, and you’re all invited. ♦

Patrick Kendrick is the director of Volume, the Inlander's music festival (May 29-30) as well as a co-founder of Terrain and a local Realtor with 509 Properties. Watch for Volume's line-up announcement next week. 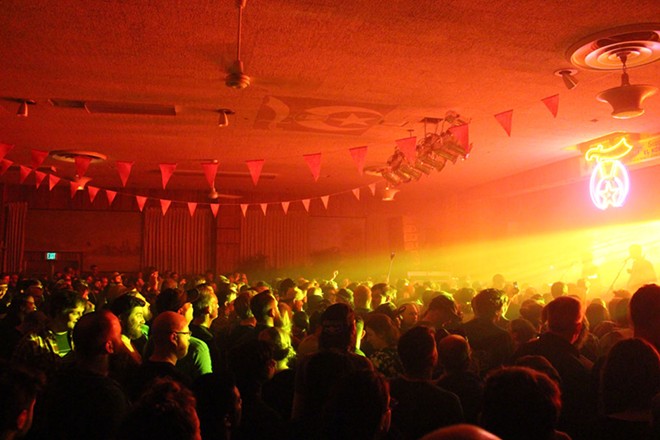 Underhanded LFO dealings and the class action settlement that fixed them