A few days ago, a Kennewick man posted a video to YouTube showing Kennewick Police Officer Glenn Ball yelling at him and at least two teenagers during a traffic stop.

Omar Abarca's video, shot by his 15-year-old brother, opens with the officer saying: "This is the last day of the month, I can get every stat I needed tonight just off of you guys."

Without missing a beat, one of the teens baits the officer into talking about monthly quotas for arrests and tickets. And the officer took it.

At first he calls them "expectations."

"We don't have a quota. We have expectations," Ball lectures the men. "And what that means is 'You will make so many arrests a month, you should write so many tickets a month and you should haul so many dumb asses to jail a month. If we're going to pay you 100 grand a year, then we should expect something back from you, shouldn't we?'"

At this point, it sounds like some snickering going on in the background, which only pushes the officer further and he flat out says: "So you you like to be part of my quota tonight?"

When one of the men asks on what grounds they could become part of Officer Ball's quota, he replies: "Oh I don't know, I'll think of something. How 'bout aiding and abetting reckless driving?"

Corporal Joe Jackson of the Kennewick Police Department tells the Inlander that the department does not have quotas and performance reviews are not based on the amount of arrests or tickets officers give out each month.

"There is no number we're required to hit," Jackson says. "Our officers are allowed a significant amount of discretion, and we do have work expectations of our officers, but to say we have a quota that's driven by a monetary incentive is not true."

Cpl. Jackson declined to comment further on any disciplinary action for Officer Ball, and the public information officer, Sergeant Ken Lain, is out of the office until the end of April, but according to news reports, Officer Ball, a 21-year veteran of the Kennewick Police Department, is under internal investigation.

Mike Blatman, a spokesman for the Kennewick Police, said an internal affairs investigation is ongoing, and it will determine if Officer Ball will face disciplinary action as a result of the video.

Spokespeople for the Washington State Patrol, Spokane Police Department and the Spokane County Sheriff's Office all say their respective agencies don't give officers a monthly quota for arrests and tickets; rather, similar to Cpl. Jackson's comments, they say there are "expectations."

"We would be remiss if we didn't write tickets and arrest people," says WSP spokesman Trooper Jeff Sevigney. "But officers are not in trouble if they don't write somebody a ticket, and job performance is not based on how many tickets or arrests an officer makes."

According to the SPD policy manual, the "department does not establish ticket quotas and the number of arrests or citations issued by any officer shall not be used as the sole criterion for evaluating officer overall performance."

Kennewick Police Chief Ken Hohenberg said in an interview that he is disappointed by the officer's actions, and they are not typical of the department as a whole.

As of today, three days after the video was first posted, it's gotten more than 65,000 views and the number continues to climb.

View the entire video below:

Washington Policy Center anything but non-partisan on Spokane trolley line 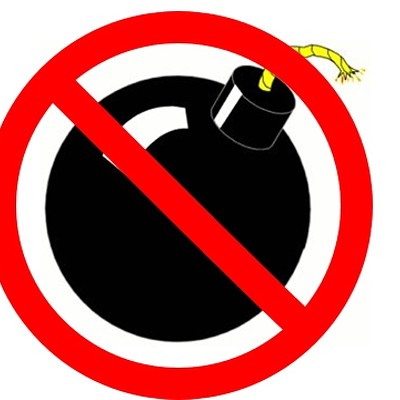