Is there an actual bomb behind the threat? Probably not.
Today, KREM outlines what court documents reveal about the bomb threat against University High School on April Fools Day.


Multiple administrators received a threat via email on April 1 which prompted school leaders to evacuate the school. The Spokane County Sheriff's Office said the threat came into University High School's email just before 9:00 a.m. on April 1.

The email read in part: "In two hours of receiving this email the school will come down."

The suspect went on to write that they were "wronged" and that school leaders should not try and evacuate the school.

"You will be responsible for the deaths of all those students," wrote the suspect.


The school was evacuated. The sheriff's department was called in, as three police dogs searched the premises. But there was no bomb. Nor was there a bomb, two days later, when yet another threat caused yet another evacuation.

It got to something I've wondered about for years: Are bomb threats ever real threats? Should media outlets report on them as if they are, or should they provide context? Former police officer and workplace violence consultant Steve Albrecht had an interesting article in 2013 in Psychology Today about the issue:


In talking to a colleague from the ATFE, I asked him how many bomb threats he had responded to over his 30-plus year-career, where he had found a real bomb and he said, “Zero.” He has certainly discovered real bombs when called to the homes of bomb makers. He has found real and fake bombs when called by people who saw an odd-looking device on the ground, but again, real bombers bomb, they don’t make bomb threats.

This sounds painfully counterintuitive, as if I didn’t care about people. In my threat assessment classes, I suggest that it is an overreaction to order the evacuation of a facility based solely on a phoned-in bomb threat, a note found in the employee breakroom, or an anonymous e-mail from IHateYourGuts@yahoo.com (link sends e-mail), absent of a suspicious device.


I called up Albrecht and asked him if, since then, he had heard of of any examples where a bomb threat was actually followed by a bomb. Not in the United States, he says. Northern Ireland, sure. The Middle East sure. But not here.

"I worked for the cops for 15 years in the '80s and '90s," Albrecht says. "You’d search these facilities and not come up with anything."

He says the national dynamic has begun to shift on these issues. "Some police and fire [departments] say we’re not falling into the same trap here," Albrecht says. Instead of shutting down everything, evacuating the building, scaring the community, and making the local news, they search for a suspicious device and seek to arrest the threat-maker. If nothing suspicious is found, no evacuation.

When he tells people this, he gets a lot of pushback. What if he's wrong? What about the liability, not the mention the guilt and human cost, if a threat is genuine and a bomb explodes?

"I always say, prove me wrong," Albrecht says. Give him one example, where a bomb threat in the modern United States warned about an actual bomb.

With a little digging, I was was able to find one. Less than three minutes before the University of Wisconsin Sterling Hall bomb went off in 1970, someone called a police dispatcher, with a warning:  "Hey, pig!' ... There's a bomb in the math research building.''

That was nearly 45 years ago. Since then, the Oklahoma City bomber, the Boston Marathon bomber, the Unabomber and the Olympic bomber never warned about the bombs they set off.

Instead, the reaction of a bomb threat — evacuation, police response, media coverage, fear — achieve exactly what the bomb threat was intended to achieve. A terrorist doesn't need an actual bomb to cause terror. "The people that make bomb threats realize that they can really disrupt the business and change the whole dynamic," Albrecht says.

In Threat Assessment and Management Strategies: Identifying the Howlers and Hunters, Frederick Calhoun and Steve Weston outline the damage a couple of phone calls can do.


Sometimes, sinister howlers strike gold. On December 2, 2005, Javier Rodriquez of Connecticut had a court date related to driving violations. Since the court had suspended his driver's license, he decided not to drive himself. Unfortunately, he could not find anyone to take him. To get out of this predicament, Rodriquez walked to a telephone booth near his home and placed five telephone calls to various locations across the state.

During each call, Rodriquez claimed that bombs had been placed in courthouses and judicial buildings all over the state. In response, all 45 state court buildings were evacuated and searched, including the one at which Rodriquez was scheduled to appear. After police traced the bomb threat calls to the pay phone, they compared the names of nearby residents to the names of people who were scheduled to appear in court and did not show up. That led them to Rodriquez.

He caused plenty of panic, which was the purpose of his phone calls. Unfortunately for him, the scheme did not keep him out of court.

Spokane, of course, has had bombs before. Most famously, Kevin Harpham tried to bomb the Martin Luther King Jr. parade route in 2011. In that case, Harpham wasn't considerate enough to call with a warning. An eagle-eyed temp worker spotted the backpack and alerted the authorities, saving Spokane from a Boston-level tragedy. 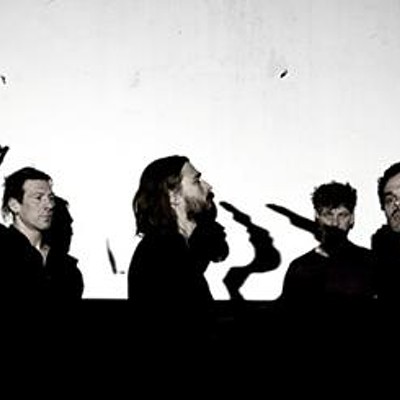