Embattled Drug Enforcement Administration head Michele Leonhart is resigning over her handling of a sex scandal. Those familiar with her tenure at the agency know that she was an unflinching drug warrior, saying that the legalization of pot “just makes us fight harder.” Critics said that her stance on pot was out of step with that of President Obama, and now they are seeing opportunity to set a new course for the agency.

“Hopefully, her resignation will mark the end of the Reefer Madness era at the DEA,” Dan Riffle, director of federal policies at the Marijuana Policy Project, told The Hill.

At times, she clashed with members of Congress for her stridently anti-pot views. Here’s a video of U.S. Rep. Jared Polis, D-Colorado, trying to find out if she thought heroin and meth are more harmful than pot.

California could be one of the next states to legalize marijuana. Buf first, advocates have to figure how they’re going to do it.

Stock photos used by the media often aren't that flattering to stoners. So the Drug Policy Alliance made its own stock photos of normal people doing normal things, like smoking pot and playing Jenga. 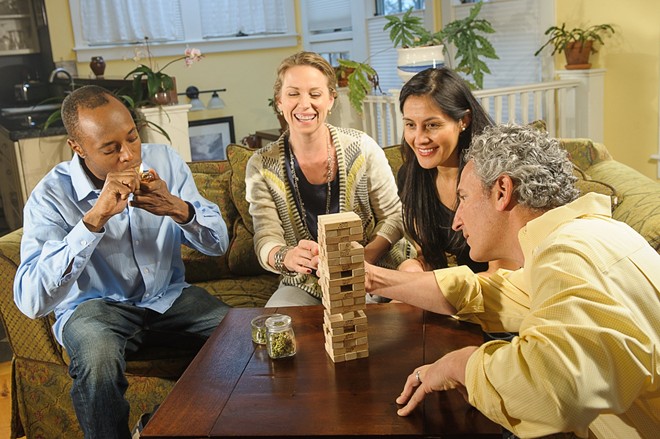 The Ohio Rights Group, an organization seeking to legalize pot in the Buckeye State, is accusing a like-minded group of infiltrating it and stealing its donors.

In Kansas, a woman lost custody of her 11-year-old son after he defended medical marijuana in class.

Willie Nelson is launching his own brand of weed.

The Denver Police Department had this to say on 4/20:


🎶 We see you rollin, but we ain't hatin’ 🎶 HAHA… Seriously though, #Denver, please remember to #ConsumeResponsibly this 4/20 weekend.


They weren’t joking. They gave out 100-pot related tickets on that day.

Speaking of Denver, The Denver Post was Pulitzer Prize finalist for its series on families with children suffering from severe seizures who relocated to Colorado to use Cannabidiol as a treatment. It’s worth a read.

Lastly, here is a video of ex-cops smoking pot and giving each other sobriety tests.

RnR Hall of Famer in town, Von the Baptist party, Earth Day at the Magic Lantern