Women are getting really excited about hunting. The "growing interest of women in blood sports isn’t a stampede", though, according to the Spokesman. Just a trend that companies that sell hunting gear are taking note of. The average female hunter spends five days a year shooting at deer on private property, according to the results of a Whitworth University study. (Spokesman-Review)

South Spokane residents are beyond frustrated with their neighbor and his humongous tire collection. After visiting the home, fire department and health department officials are onboard, saying its time for the tires to roll off the property. (KREM)

To say Hookerville or not to say Hookerville, that was the question during the heated free speech debate at Monday's Spokane City Council meeting. Key takeaways? There is a town by the same name in Texas. They say Hookerville at their meetings, so why shouldn't people in Spokane? And, also, some council members worry banning one word could be a slippery slope to further infringement on free speech. (KXLY)

George Zimmerman, the guy acquitted of killing unarmed 17-year-old Trayvon Martin a couple years ago, apparently has a lot of enemies. Monday, one of these individuals shot him. (VICE)

The world has a new most expensive painting: Picasso's Women of Algiers fetched $179.3 million at Christie's auction house. (BBC) 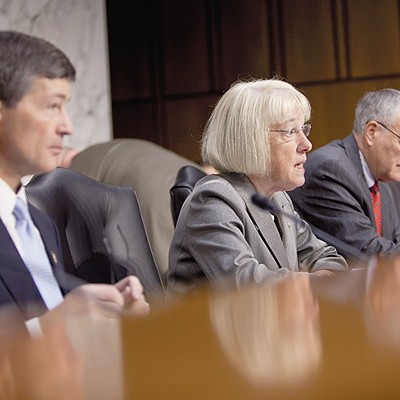