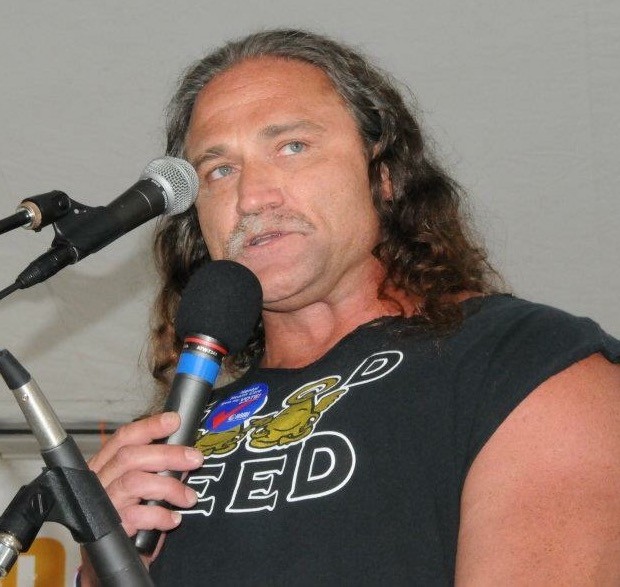 Dave Dahl, of Dave's Killer Bread fame, will be in Spokane next week to promote the opening of the Fulcrum Institute's new Ash Street Workforce Studio and accept a mayoral proclamation.

Dahl, cofounder of the Milwaukie, Oregon-based organic bread company, is known for his story of a second (and now third) chance after spending 15 years in and out of jail up until 2004. When he was released, he joined his family's bread-making business, and with a renewed outlook on life and tons of ideas pinging around in his head, he opened Dave's Killer Bread in August of 2005.

DKB is now sold in all 50 states and very financially successful. The company has grown to about 300 employees, about 100 of which are formerly incarcerated individuals like Dahl. He says he didn't start the company with the intention of hiring ex-cons, but he was so grateful to the second chance his family gave him, that he felt he should do something for others in a similar situation.

Dahl will attend next Monday's City Council meeting (6 p.m., Council chambers), during which Mayor Condon will announce Second Chance Week to promote the city's new "ban the box" policy. It will be the first time Dahl will speak publicly since his most recent arrest after a mental breakdown in November 2013 in which he rammed a couple police cruisers with a black Cadillac Escalade.

Tuesday, Dahl will speak at a luncheon hosted by the Fulcrum Institute to promote the opening of the new Ash Street Workforce Training Station, a place where ex-cons can learn employable jobs skills and get low-income housing.

Judith Gilmore, community resources analyst for the Fulcrum Institute, says the station will host a silk-screen business and a greenhouse as well.

"If we're going to provide second chances, we've got to do more than say 'OK, you can wash dishes, flip burgers or spin a sign in front of my building,'" she says.

To that end, in addition to their focus on hiring convicted felons, DKB provides its employees with leadership training that would make them hirable elsewhere.

"The company has put a lot of money and resources into the continued growth of individuals who work here," Dahl says. "We're trying to find ways to give people opportunities to be better employees and have better lives, and not just felons, but whoever can use them."

Courtesy of Dave Dahl
Dahl will speak about the benefits of hiring felons and giving second chances, but he also points out that there are certain characteristics to look for. His message isn't "you should hire all felons," it's more like "you shouldn't exclude them from the job pool." The most successful ex-con hires, he says, are the folks who have been working to improve themselves while they're in prison and who've become active members of the community.

Dahl will also speak about mental health. He was diagnosed with bipolar disorder and says admitting it to himself and learning how to treat it changed his life.

"People with mental illnesses are not f——- up people." he says. "They have a personality trait that can be weakness, but a lot of times it can be a strength."

He gives an example from his own life: When he first started taking antidepressants, his entire worldview changed. He was still in prison, but he didn't want to kill himself anymore. He was happy and had a lot of energy and ideas. It was almost like a mania, he says, which can be very constructive and creative, "you just have to be aware of it and control it."

Dahl says he's turned down other offers to speak since his 2013 arrest, but he's excited to be back in Spokane — he spoke at a business roundtable here about three years ago — and is proud of the work the Fulcrum Institute is doing. He doesn't do it for the money (he certainly doesn't need to), rather he does it as a part of his own healing.

"I'm selfish. There's other ways to get paid besides money," he says. "I get paid every time I feel the warm rush from people who tell me their lives were transformed because of my inspiration."

Festival at Sandpoint 2015 lineup is here, kicks off Aug. 6