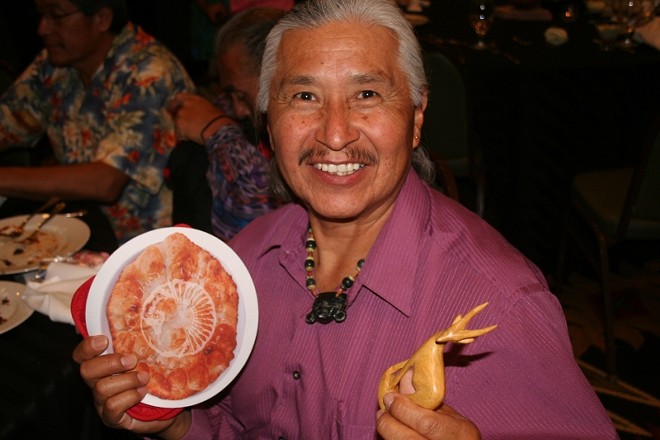 The Seventh Generation Fund for Indigenous Peoples is an organization that was founded in 1977 during the cultural, social, and political renaissance era of the time. Executive Director Tia Oros Peters says that the organization came "out of a dream and a vision," and includes chiefs, clan mothers, youth and community activists who work to respond to the needs of grassroots indigenous communities.

The organization focuses its efforts on cultural revitalization, leadership innovation, community-based support and pure learning. Peters says that it is through these foundations that the Seventh Generation Fund for Indigenous Peoples is able to transcend geography and boarders to promote learning and growth.

Now in its 20th year, Keeping the Homefires Burning is three-day event that consists of educational sessions and speeches from a variety of indigenous leaders and panels throughout the Native community. Peters says the theme for the event this year is "Building Native Assets," and topics will include "strong identity, devotion to community and family, openness to meet others and building a future for everybody."

Group sessions from speakers, as well as board members of the Seventh Generation Fund, will focus on a variety of topics ranging from Native hip-hop, to culturally relevant healing strategies, to community empowerment.

Keeping the Homefires Burning hopes to bring between 150-170 participants from throughout the Inland Northwest, as well as from across the country to learn more about indigenous communities and engage in dialogue.

Two MAC exhibits close this weekend, but new art is on the way

Dominguez quits Ombudsman Commission: "Process has been anything but fair"