Legislative special session, Trump news and other stories as you end your week

Overtime for lawmakers
The legislature just finished its regular session. Now lawmakers gaveled themselves back into a special session after Gov. Jay Inslee insisted the legislature pass a supplemental budget.

Standoff ended
In Spokane, police have ended a hostage situation where an armed man was holding two people at gunpoint.

A U.S.-Canadian bromance
The White House hosted a state dinner for Canadian Prime Minister Justin Trudeau, the first event held for the head of state of Canada in nearly 20 years. President Barack Obama and Trudeau have similar political styles.

Powerful Russian dies under mysterious circumstances
A former aide to Russian President Vladimir Putin died of head injuries in a Washington D.C. hotel according to coroners. Previously, he was thought to have died from a heart attack. 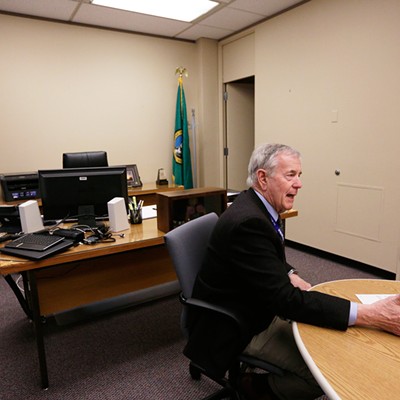