Facing budget cuts, what will happen to SFCC's Pullman branch? 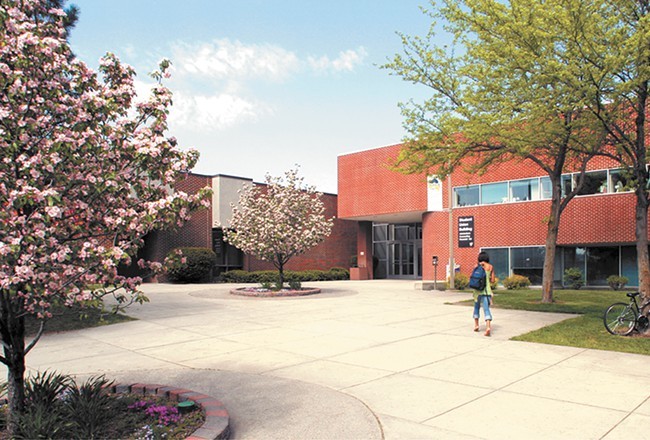 Christine Johnson, chancellor of CCS, is trying to figure out a way to reduce its budget by up to 10 percent. Where those cuts will come from is still being worked out, "but a budget reduction does involve people," Johnson says.

Could it also involve potentially shutting down Spokane Falls Community College's campus in Pullman, as was reported in a Moscow-Pullman Daily News article earlier this month?

It depends on who you ask, but the answer seems to be no, it won't shut down entirely. But also, maybe.

"We will have service there," Johnson says, "but we're looking at doing it in a way we can afford to do it."

What that means is unclear, though it could mean more online classes, or the school finding a more cost effective location.

Janet Gullickson, SFCC president, says the students already taking courses in Pullman, roughly 175 per quarter, will continue to be served, but the future beyond that is less certain. SFCC is not processing applications for new students on the Pullman campus right now, until the budget is figured out.

She is less optimistic about whether or not the Pullman campus will shut down.

"We don't know. We don't know," Gullickson says. "Everything is on the table in terms of what we have to do to make up our budget."
Johnson says Community Colleges of Spokane is facing budget cuts for a variety of factors, including a 30 percent reduction in state funding since 2009, the state settling a class action lawsuit for which CCS had to contribute $1.7 million, and glitches related to the rollout of a new software system called ctcLink. She adds that a new funding formula that changes how money is allocated to community and technical colleges particularly impacts CCS, and will reduce its funding by over $3 million.  For these reasons, and others, CCS has to prepare for the "worst case scenario" that 10 percent of its budget has to be reduced. No final decisions on budget cuts will be made until next month.

To save money, Gullickson says SFCC isn't filling a vice president opening or another administrative position. Soon, Gullickson says, it's "possible I may not be here." That may be an exaggeration, she says, but the point is that everything is being considered.

Laura McDowell, spokeswoman for the Washington State Board for Community & Technical Colleges, says community and technical colleges in the state as a whole have been underfunded by the state legislature, even lower than before the recession hit. That is putting pressure on every college in the system. But she says that she doesn't know of any other college in the state facing the same kind of budget cuts as CCS.

Macklemore and Ryan Lewis are coming to Spokane

Text to 911 now available for some in North Idaho