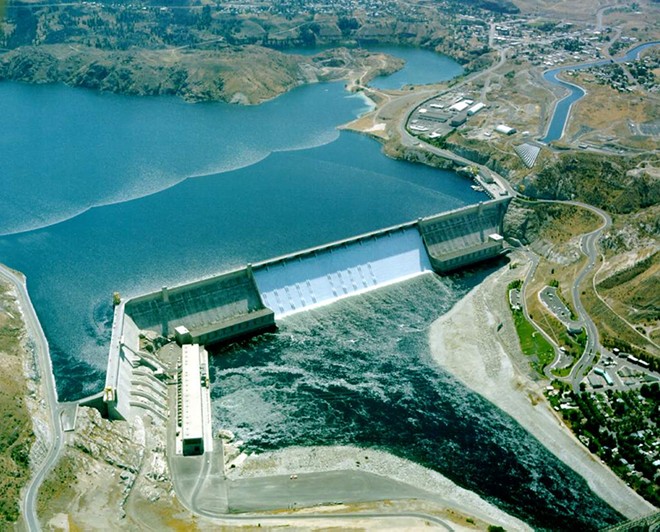 The Grand Coulee Dam is leaking oil into the Columbia River in violation of federal law, according to a lawsuit filed by an environmental group.

Columbia Riverkeeper is suing the U.S. Bureau of Reclamation, alleging that the agency has allowed the oils, grease and lubricants used on its gates and turbines in the dam to pollute the Columbia River, in violation of the U.S. Clean Water Act.

“Toxic pollution threatens the health of people that eat local fish and jeopardizes the public’s right to eat fish caught locally,” reads the complaint, filed in federal court on Wednesday. “Rising water temperatures also threaten the health of salmon and other aquatic life that rely on cool water for survival.”

The lawsuit cites government studies that found that pollutants in the river are being ingested by fish and making their way up the food chain to humans.

According to a news release from Columbia Riverkeeper, if the suit is successful, it’ll require the bureau to reduce pollution, disclose discharges and switch to more environmentally friendly lubricants used to operate the dam, one of the largest in the country. The news release also states that Columbia Riverkeeper has successfully used a similar strategy on eight dams along the Columbia and Snake rivers.

Michael Williamson, for the bureau, said he was unable to comment on pending litigation.

Concert Review: Built to Spill goes for no frills, but lots of guitar heroics in Spokane